The latest update to the critically acclaimed, Valve Multiplayer Team Fortress 2 shipped on Tuesday added a lot of new features, bugfixes and balancing tweaks. The method through which critical hits were determined was also changed. According to the blog post on Team Fortress 2 blog, the base critical hit chance was reduced from 5% to 2% and the bonus range also reduced by a third. Here’s a quick look at what has changed from the previous critical hits determination system: 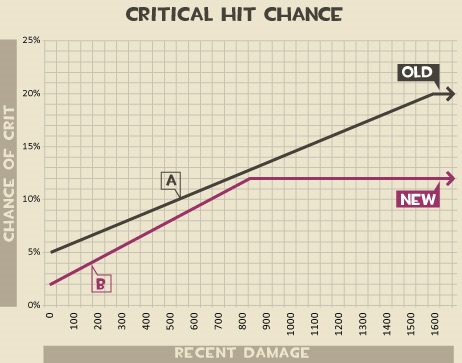 First, a quick primer on how the critical hit system works. Each player’s chance of successfully rolling for a critical hit depends on two factors:

There are two paradigms used for when to roll, and what happens on success:

We had a few things we wanted to change with the old system:

Here are the actual changes we made, taken from the release notes: