Chinese technicians have modded Apple’s 24-inch iMac with an all-screen design, eliminating the chin of the computer while still retaining its overall aesthetic. 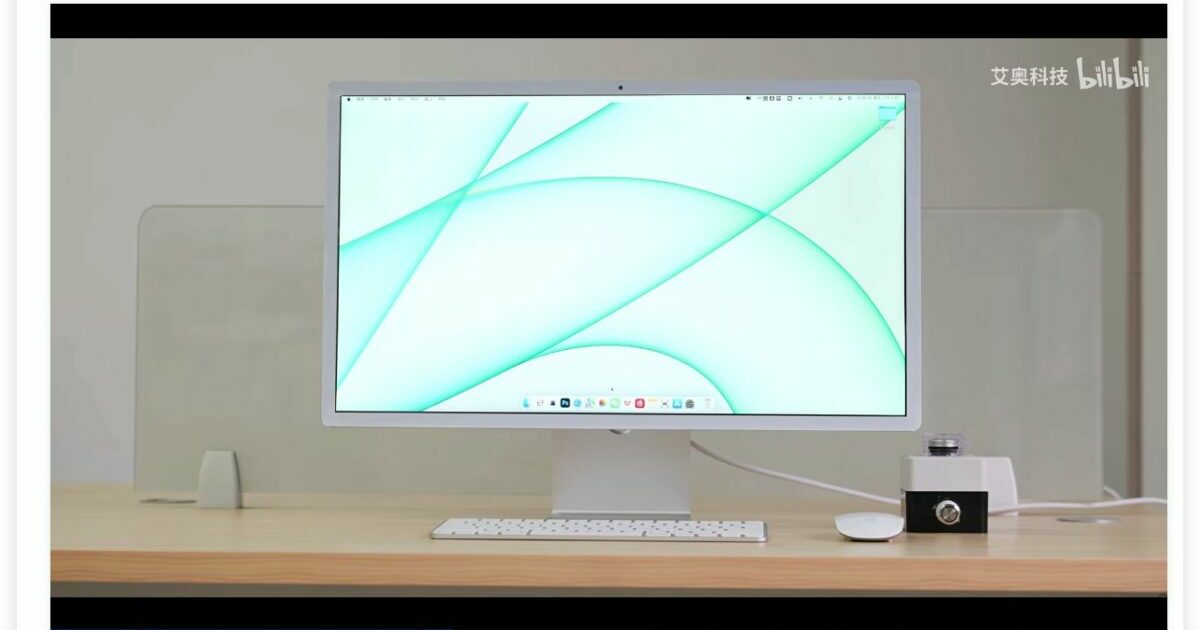 Here’s how the M1 iMac would look without a chin

Apple’s 24-inch M1 iMac was released in 2021 with a brand-new design inspired by the Pro Display XDR. While the reduced bezels of the device were a welcomed change, many users found its large chin to be super distracting.

The modification was posted by lo Technology on the Chinese video-sharing platform Bilibili. The group regularly uploads content related to hardware and chip mods. Since the modification was uploaded, it has gained the attention of many Twitter users including @DuanRui who reposted it.

The inspiration for the modification is Apple’s 2002’s ‌iMac‌ which features a display with equal bezels – no notch and no chin. The design of the G4 is considered revolutionary to this day as it was Apple’s first PC to house the display and components in a single case. The thin display of the G4 was made possible by Apple moving all of its core components in a domed case beneath the LCD.

The technicians who modded Apple’s 2021 iMac initially considered moving its core components to a stand like the G4 featured. However, the technicians decided to move the internal components to the back of the computer. This way, its original design language would be maintained as would its thin side profile.

As for how it was made possible, the chin of the iMac was first cut off after the device was disassembled. Then, a new casing was made with a large area in the back for the internal components. All of this was done digitally and 3D printed before a final prototype could be made.

Finally, the internal components were placed into the new casing. The technicians also added a backlit Apple logo to the back of the computer which was customarily found on older MacBooks.

While the modification looks stunning and it makes us wish that Apple gave us a full-screen design with the 24-inch iMac, it simply would not have been practical. The chin helps to dissipate heat from the chip of the iMac to ensure that it is not transferred to the display, which would reduce its life cycle. So, it’s better that Apple went with practicality over design for its M1 iMac since the device offers incredible performance.