A YouTuber has created a custom DIY-handheld computer that runs macOS Big Sur. The handheld is powered by an Intel Core m3 chip, 8GB RAM, and an Arduino Leonardo microcontroller board. It also has a battery that is connected via a USB-C port. The PC is controlled via a Q9 mini wireless keyboard. There are also two tiny fans in the 3D printed PC casing to keep it cool while running. 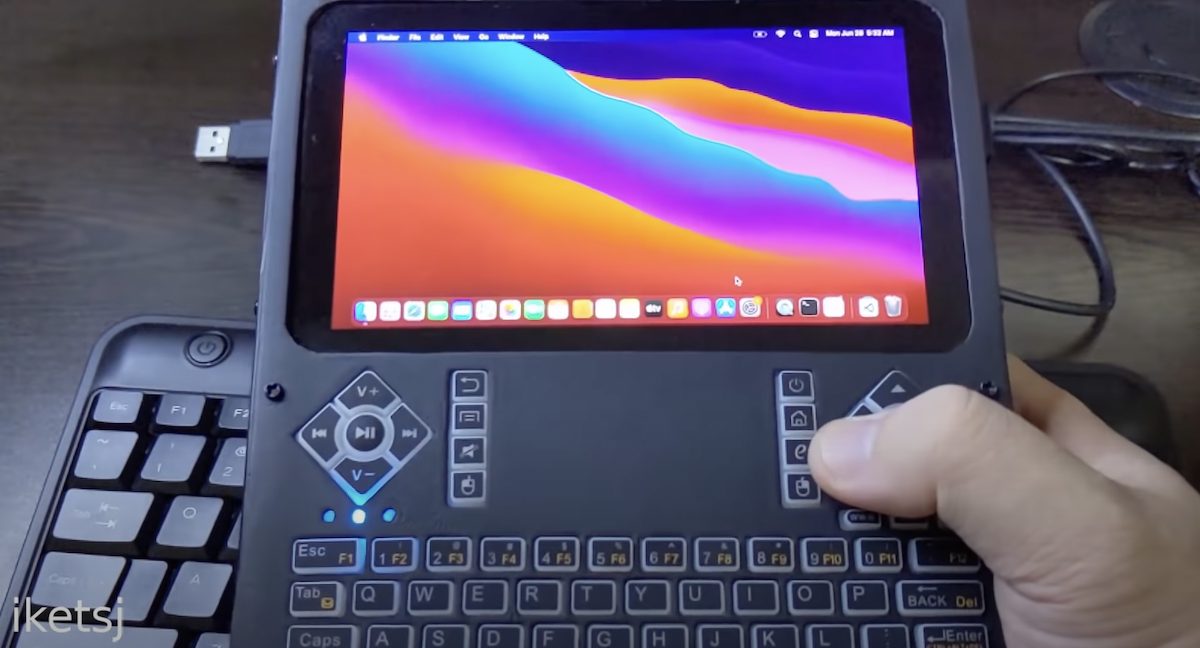 Created by Ike T. Sanglay Jr., iketsj on YouTube, the handheld is an ambitious project which features everything that you need from a modern PC, but in an extremely small package. Instead of creating a Hackintosh out of an existing UMPC (ultra-mobile PC), iketsj created the complete PC himself by using off-the-shelf components and assembling them by himself using a 3D printed case and various components like screws and cables.

Here are the specifications for the build:

Once assembled, iketsj is able to boot macOS Big Sur on the device. However, he found that the battery meter would not work in macOS, due to the lack of a chip on the battery. He also mentions that he could have bought a Mac mini for the price of the components that he used and created to build the DIY handheld, but that would not have been as fun.

It is clear from the video that iketsj is technically sound and knows what he is doing so we don’t recommend that you run out and buy the components for yourself unless you are on the same level. iketsj also does not show macOS Big Sur in use during the video so it is unclear how good the user experience is. Considering the small size of the display, we would not bet that it would be comfortable to use, not to forget the tiny keyboard.