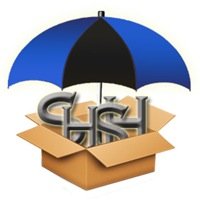 The Firmware Umbrella aka TinyUmbrella has just been updated to a new version 4.1.5 which adds Apple TV support. The main reason of this update is of coarse the ability to save your ECID (SHSH) for the latest Apple TV running iOS 4.1. If you have bought the new AppleTV and planning to jailbreak it in future then you must use TinyUmbrella 4.1.5 to save its SHSH blobs of iOS 4.1.

The author says on his blog:

It is believed that the upcoming SHAtter exploit was successfully used to get the decryption keys of Apple TV running on factory default iOS 4.1. Thus the chances are high that it will also jailbreak the new AppleTV’s iOS 4.1.