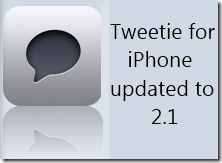 Tweetie 2, the best Twitter client in the App Store just got updated to 2.1 (for free this time) with a huge list of feature additions and fixes. This version brings support for new Twitter features such as Lists, Retweet ( the new Twitter standard ones) , Geotagging, spam reporting, tweet stream ‘gap’ detection and much much more. 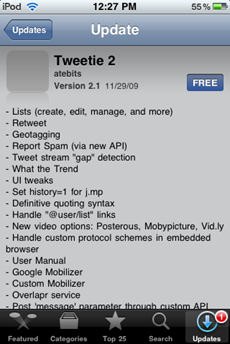 You can now create, edit and manage lists along with see which lists you’re on as well as other user’s lists. The old retweet function ( RT, via {name} etc ) has been dumped for the new Twitter one which brings it up to date with Twitter’s own functionality. Geolocation means that you can now see the location from where the tweets were made on Google Maps, granted they were sent from a location-aware platform.

I’ve been unable to yet see any geotagged tweets in my timeline, but for the rest of the new functionality, here’s a quick walkthrough:

Whenever you re-launch the Tweetie 2 app, a gap is shown in the stream so you know where you had left off before. 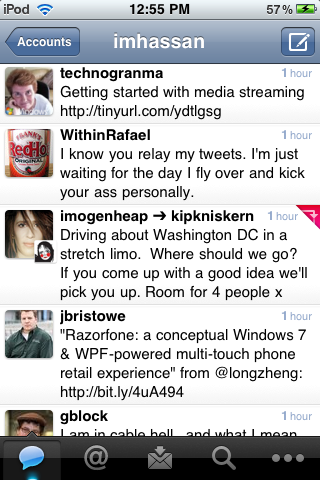 The pink arrow in the top corner shows that it’s a Retweet. The arrow –> points to the person who retweeted it, and the name before that is of the person who tweeted it. Similarly, with the display pictures which is a good touch, something Twitter should incorporate on their website. 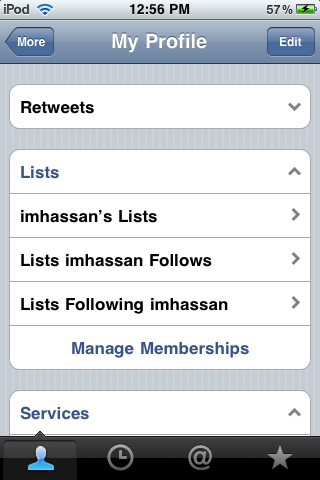 Lists are shown on the profile page from where you can manage them by editing them or adding and removing users. 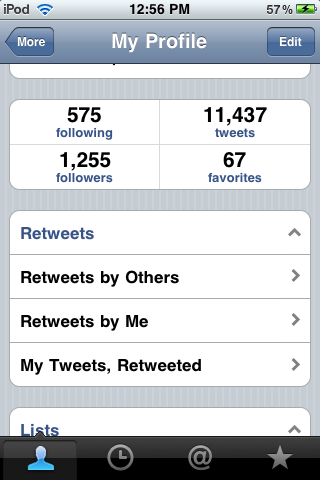 Retweets are also visible in the profile under similar headings to the Twitter website, although the ‘My Tweets, Retweeted’ section seems to be broken since it only shows which of your tweets were retweeted, but not who retweeted them which makes it kind of useless.

If you still aren’t using Tweetie 2.1, I suggest you try out this app since now it’s fully complaint with Twitter Retweet, Geolocation and Lists functionality. For $2.99, you can’t go wrong with Tweetie 2.1! Let us know what you think about the new updates to this app.