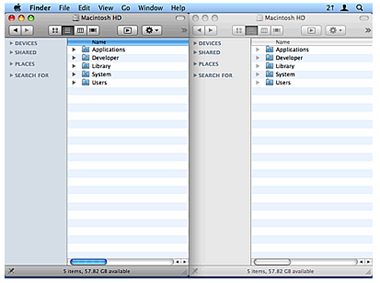 Well, would you have ever though there would be Mac Apps that would replicate Windows functionality in OS X? Your worst nightmare is here. TwoUp brings the very useful and productive Aero Snap feature of Windows 7 to OS X. Of course it doesn’t say it copies the features but it does exactly that. It lets you divide your screen space between 2 applications both horizontally and vertically as well. It only works on your primary monitor though unlike its Windows counterpart. It’s also free. But if you’re willing to pay a little for an application, you can buy SizeUp which has more functionality along with multiple monitors support. 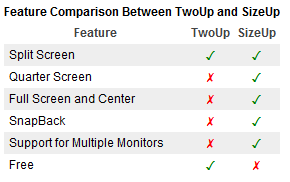