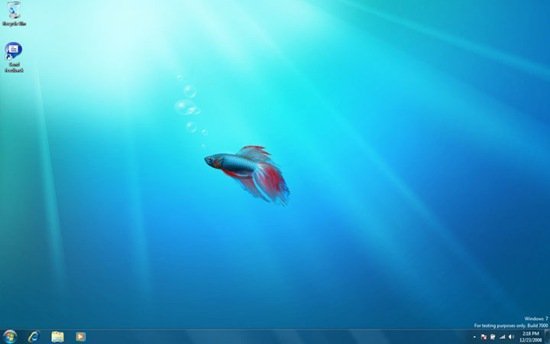 As expected, Windows 7 Beta 1 has been leaked online as soon as it was given to TAP Partners, OEMs and the private testers. The leaked build is marked 7000.0.081212-1400 and is the Ultimate version again. For those of you who can’t wait to legally get it, here’s little hint for you: 7000.0.081212-1400_client_en-us_Ultimate-GB1CULFRE_EN_DVD.iso . As reported, there aren’t any noticeable changes in the Beta from Pre-Beta builds. Personally, I will wait for the Beta to officially launch in January. The time is near fellows, dust off your testing machines!