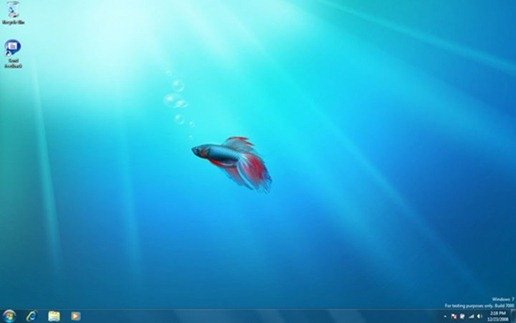 Adrian Kingsley-Hughes from ZDNet Hardware 2.0 has done a series of benchmarks, not raw ones with exact numbers, but with ratings as results. He took Windows XP SP3, Vista SP1, 7 Beta 1 build 7000 (32 bit and 64 bit), 7 build 7048 (64 bit) and 7 build 7057 32 bit which is the most recent leaked build. He tested the builds on 2 separate systems with these configurations and took 31 tests in total.

Keep in mind that raw benchmark results aren’t allowed under the Windows 7 EULA. Here are the test results from both systems: 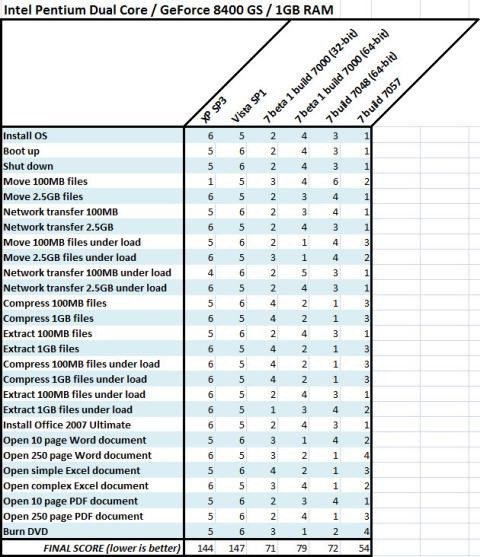 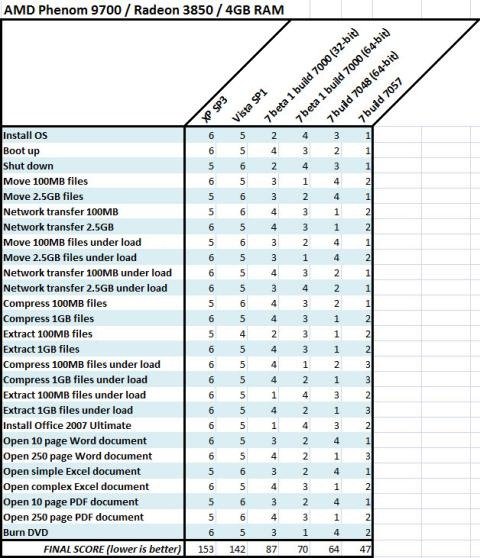 As expected, at least by me, Windows 7 build 7057 rips apart the competition like a tissue paper. It’s much faster than Windows XP, and I can personally guarantee that, also faster than all other builds of Windows 7 released/leaked so far. And Vista. it’s a lost cause in my eyes. Old XP users, don’t be losers. Time to move on. So, the next time someone tells you that XP is the king in performance, bitch slap them with a printed copy of these benchmarks, and tell them to wait to be bitch slapped with a printed copy of benchmarks again when Windows 7 hits RTM!