Windows Home Server is an OS by Microsoft focused on providing centralized storage, control and back up of your computers and media. It’s a very useful OS, provided you have a spare PC to be used as a server. The server doesn’t even need any peripherals, just install WHS, set it up and after that it’ll always be accessed through the remote console which is installed on the client PCs in your house.

Microsoft has announced Power Pack 3 for Windows Home Server which brings seamless integration with Windows 7 along with a few enhancements such as Backup and restore for Windows 7 PCs, Windows 7 libraries support, Windows Media Center integration and many more. Here’s the feature list:

Windows 7 has full backup and recovery support built in, but when you install the WHS Connector, those back up warnings will be suppressed. WHS will automatically do an image based backup of your Windows 7 based computer at the schedule you set daily. 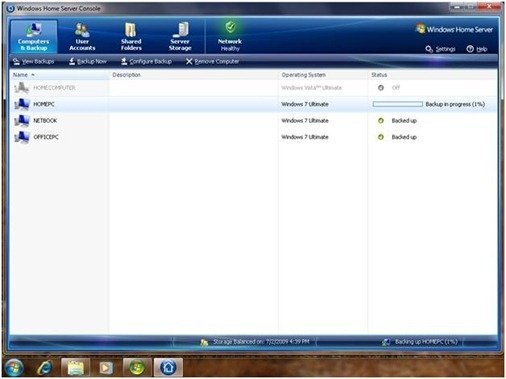 WHS adds photos, videos and music stored on the home server to Windows 7 Libraries making it easy to access your media no matter where it is. This also makes the content quickly available to Windows Media Player, Windows Media Center and any other applications that use libraries. You can also search across your media in a library without having to know where it is located. 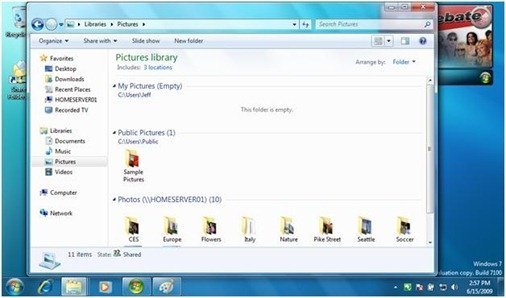 WHS Connector is now compatible with netbooks that have small screen size and resolution.

WHS PP4 adds a Home Server selection item in Windows Media Center after the connector is installed with quick access to useful features you would access from the 10 foot interface. 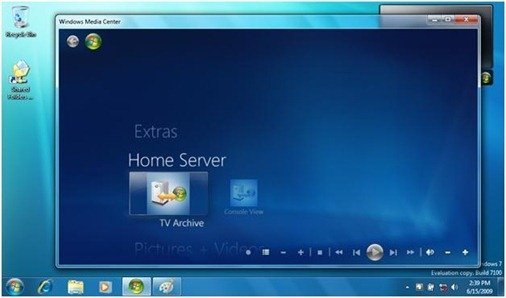 You can now chose to archive your TV recordings to your WHS, in the resolution of your choice for the type of device you use, right from within Windows Media Center. It supports the following resolutions:

Individual TV shows,series of shows, or all TV recordings can be set to automatically be moved to WHS. 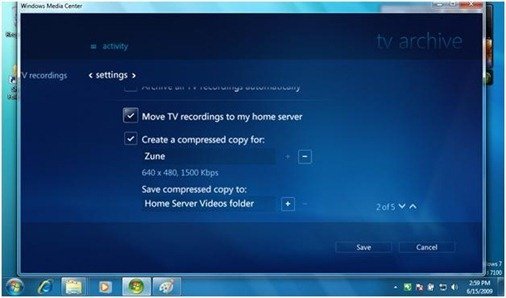 Console Quick View provides you a quick glance at the following indicators from within Windows Media Center:

The timing of the final release of Power Pack 3 will be announced before the general availability of Windows 7 ( October 22nd ). For now, you can go to their Microsoft Connect page and sign up to try out the beta.