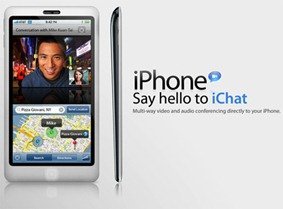 According to the latest from Apple Insider, Mascone Center Calendar lists a Corporate Event from June 28 to July 2. They say that previous Apple events have been registered with the same title, so it’s quiet possible that the dates are reserved for WWDC 2010, the annual Worldwide Developer’s Conference by Apple. The iPhone was originally launched on June 28, at WWDC 2007, so it wouldn’t come as a surprise to see Apple hosting the event again for new possible announcements which may include the fourth generation iPhone and iPhone OS 4.0.

As always, Apple keeps a tight hold on secrecy, so we can all just speculate for now. The most popular rumors right now are the availability of iPhone on other networks such as Verizon or T-Mobile in the U.S. It’s hard to imagine what Apple might to do out do the iPhone 3G S which was launched last year, but if I have to take a guess, it might be a good time to introduce multi-tasking, batter display and a better battery life. Apart from the iPhone, the mythical Apple tablet might be on the cards.

Only time will tell what the world’s best performing CEO,http://hbr.org/2010/01/the-best-performing-ceos-in-the-world/ar/1 Steve Jobs has up his sleeve for this year.