Today, members of the Apple Developers program were issued an email invitation to buy tickets for WWDC 2011, which would take place June 6 through June 10, and would would feature a “preview of the future of iOS and Mac OS X”. With both iOS and OS X being covered in June, it looks like a fall introduction of the new iPhone wouldn’t be too far-fetched. Let’s not forget that OS X Lion is due out this fall as well. Sounds like WWDC this year will be really exciting, right? Only one problem… On the same day it was announced, WWDC 2011 has already sold out!

In the past, having only 5000 available seats seemed to work out. But, with the growth of both OS X and iOS, it looks like Apple might need to consider a larger arrangement next time around, or split the Mac and iOS events into two separate, distinct conferences. Just a thought. 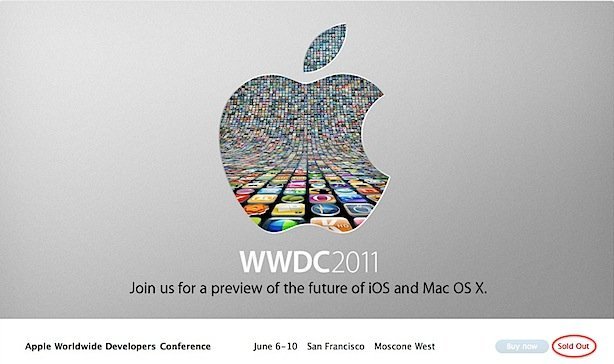