Earlier this year, Apple announced a 15-inch MacBook Pro with Retina Display. It was a breakthrough piece of technology with a great display, thin profile and extreme specifications for performance. It made users crave for a 13-inch version since not everyone wants a 15-inch notebook. Well, Apple was listening. In the special event that took place in San Jose, California on October 23rd, Apple introduced an all-new version of its best-selling MacBook model, the 13-inch MacBook Pro featuring a stunning Retina Display and flash storage in a new design.

The 13-inch MacBook Pro with Retina Display has a resolution of 2560 x 1440 (nearly two times the resolution of a 1080p display) with 227 pixels per inch. The 13-inch Retina display uses IPS technology for a 178-degree wide viewing angle and has 75 percent less reflection and 28 percent higher contrast than the current generation. 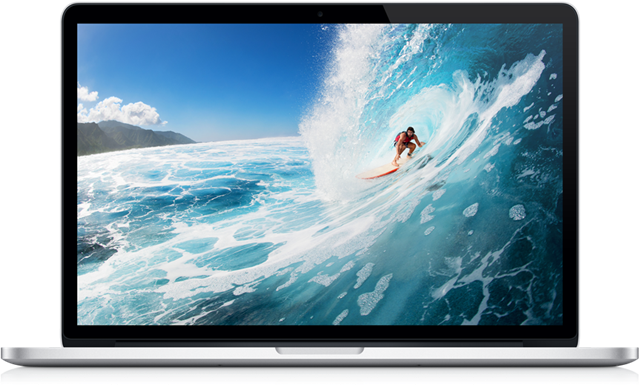 The new 13-inch MacBook Pro is available for pre-order at the Apple Online Store starting from $1699 (2.5GHz dual-core Intel Core i5 processor, 8GB of RAM, 128GB SSD) however you can configure it with Intel Core i7 processors and flash storage up to 768GB.