Apple seems all set to unveil its highly rumored iPad Mini as the company has sent out a batch of invitations for a new media event to be held on Tuesday, October 23rd at the California Theatre in San Jose. Though Apple did not reveal details of the event but the invite, brightly colored with the top of an Apple logo, simply says “We’ve got a little more to show you.” 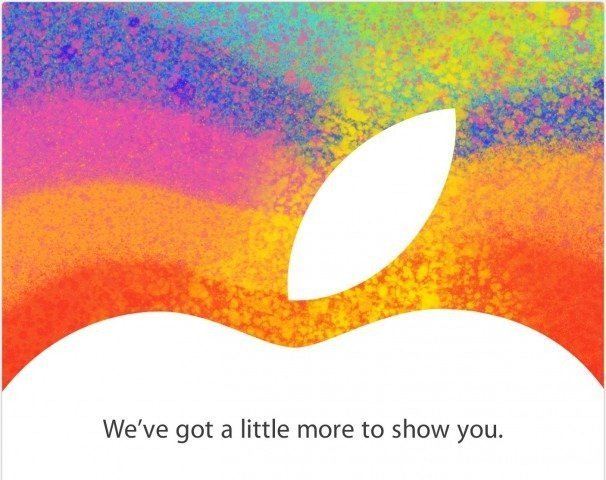 If the rumors turn out to be true, then Apple will be announcing the iPad Mini along with a 13-inch MacBook Pro with Retina Display in this special event, three days before Microsoft Surface tablet goes on sale online and in Microsoft stores.

We have been hearing rumors about iPad mini since early this year. The iPad mini is expected to be packed with a 7.85 inch LCD display (to keep costs down) along with Apple’s new Lightning connector that was introduced in iPhone 5. Furthermore, it will carry a thinner design than its predecessor, an anodized finish similar to the iPhone 5 and will compete with Amazon Kindle Fire and Google Nexus 7.

Apple introduced the concept of tablets by introducing iPad back in 2010 and since then Apple controls 70% of the tablet market. iPad Mini will be Apple’s answer to smaller, cheaper tablets like the Amazon Kindle Fire and Google Nexus 7. The expected price of iPad Mini is $249-$299 but we will know more about the iPad Mini soon.