We have been hearing about Microsoft Surface since it was announced back in June. There have been a lot of rumors regarding Surface pricing but the wait is finally over for those who plan to buy one as Microsoft has announced the Windows 8 based Surface RT tablets prices for its various variants. 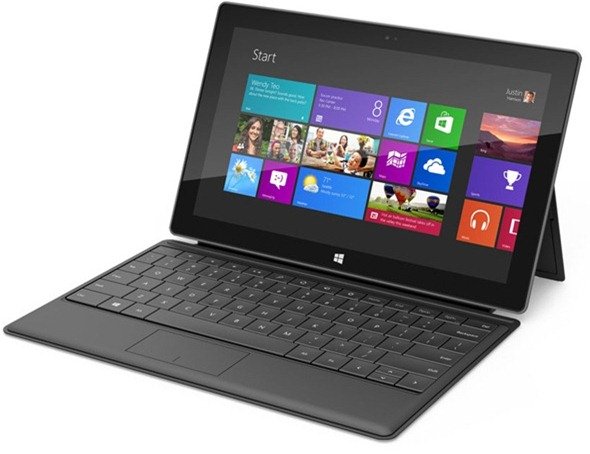 The 10.6 inch Windows RT-based Surface tablet price starts at $499 for 32 GB version, equal to the price of the 16GB iPad. Surface Tablet is available for pre-order in Germany, France, UK and Canada and according to the software giant, those who pre-order will have their Surface delivered by the official launch of October 26th. The list of price for the three variants of Surface is: 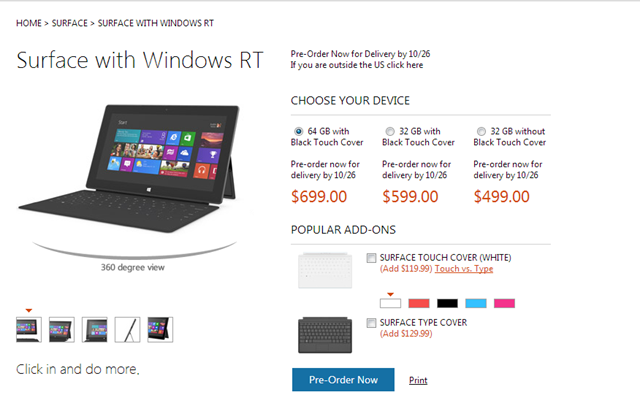 For those who don’t know, the touch cover is a pressure sensitive multitouch keyboard with trackpad and in case anyone wants to purchase the Touch Cover (available in red, black, blue, white and purple colors) separately then it is going to cost an extra $119.99.

Surface is packed with an NVIDIA T30 CPU, 2 GB of RAM, WiFi Bluetooth 4.0 connectivity, 720p HD front and rear facing cameras, full-size USB 2.0 slots, and one-year limited hardware warranty. Apart from that, the tablet will come with Microsoft Office Home and Student 2013 RT Preview (which includes Microsoft Word, PowerPoint, Excel and OneNote) with a free upgrade to the full version once it becomes available.

The Surface RT tablet is available for pre-order on surface.com in few countries and it will hit shelves in Microsoft Stores on October 26th.

Will you be pre-ordering a Surface RT with the keyboard? Let us know in the comments below.