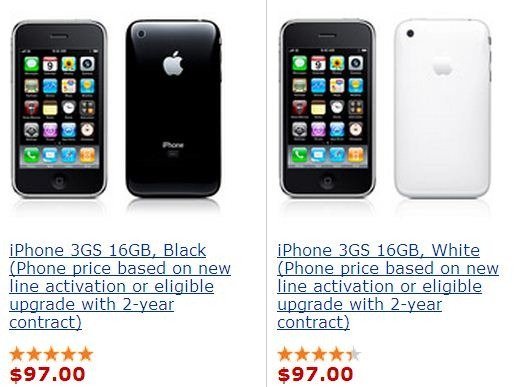 Now that 16GB iPhone 3GS will cost $97 which is nearly the same amount that the 8GB version of iPhone 3G costs. This new deal will still be with a two year contract with AT&T as carrier.

Apart from the price reduction of iPhone 3GS, other news is that Apple has stopped shipping the 8GB units of iPhone 3G to AT&T stores and they will not take further orders of it. Also, iPhone 3G is not available at Walmart website too.

These news seem to be in preparation of the fact that iPhone 4G will launch in just a couple weeks from now at WWDC.