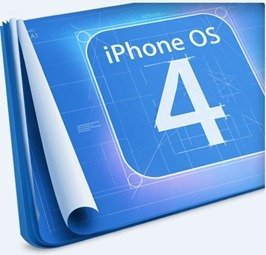 redsn0w, the popular jailbreak tool for iPhone OS, has been updated with support for iPhone OS beta 4 running on iPhone 3G only. This release is targeted mainly towards developers and is not recommended for the average user who has been brave enough to run iPhone OS 4. Also, redsn0w 0.9.5 only works on Mac for now.

Here’s what the Dev Team has to say about this release:

This is a beta release of redsn0w targeted at developers of jailbroken apps. It uses the same pwnage2 DFU-mode exploit that we’ve been using since the 2.x days. Nothing new is revealed to Apple, and it’s not applicable to the iPad. Don’t go near it if you use yellowsn0w, ultrasn0w, or blacksn0w.

Most apps still don’t run on iPhone OS beta 1/beta 4 so keep this in mind before going app crazy in Cydia.

Please not that this beta is not meant for the average end-user. There are many things “broken” with jailbroken apps in the 4.0beta1/beta4 environment right now (that’s the real reason we showed “Veency” in the 4.0 jailbreak demo video back on April 9, instead of say MobileTerminal.app, which is broken!). This beta redsn0w allows the developers behind those jailbroken apps (like MobileTerminal.app!) to fix their software before the general public gets iphoneOS 4.0.

If you require a carrier unlock/hacktivation to use your iPhone, steer clear of this jailbreak as well as iPhone OS 4 in general because there’s no unlock available for it yet. Don’t expect one to be available until after the release of iPhone 4G/HD.

redsn0w 0.9.5 can be downloaded here (download link at the bottom of the page). Again, It works for iPhone OS beta1/beta only on iPhone 3G.

How to jailbreak your iPod Touch with OS 3.0 using redsn0w