Folks, this should give you a pretty good idea how big the Angry birds empire has actually become. 20th Century Fox Film Corporation has joined hands in production of yet another episode of the highly acclaimed Angry Birds franchise which is based upon Fox’s upcoming movie “Rio”. The game is called “Angry Birds Rio” which will be available in the App Store next month with 45 levels of smashing fun featuring new characters named Blu and Jewel, the two stars form the movie “Rio”. 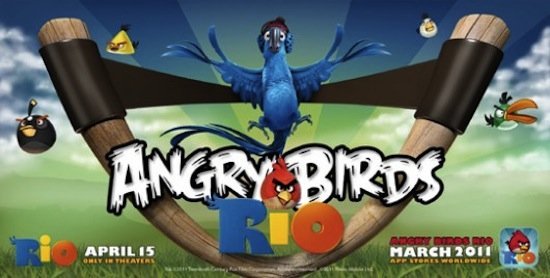