In 2022, a larger Apple Silicon larger iMac is expected. Designed for professional users, the new computer will be called 27-inch iMac Pro. Interestingly, the latest report on the computer claims that 27-inch iMac Pro will come with the same Apple Silicon configuration options as the 2021 MacBook Pro models, M1 Pro, and M1 Max chip but Apple will also offer an M1 Max duo variant for professionals.

Report by Notebook Check states that users will be able to choose a 27-inch iMac Pro with M1 Max duo configuration which will feature a 20-core CPU, 64-cores GPU, and up to 128 GB of RAM. Apple will achieve such a massive powerhouse by combining two M1 Max dies on a single chip. 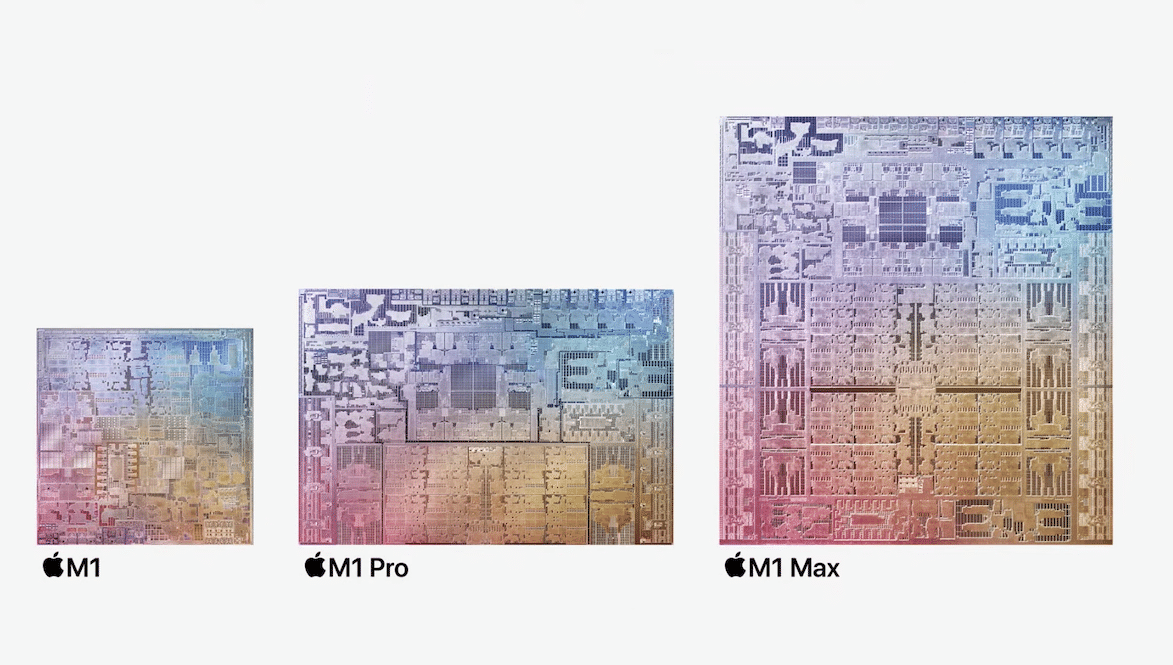 M1 Max chip is a powerful processor which delivers 4x faster performance than the fast M1 Apple Silicon which allows professional users to complete more demanding workflows, whether the machine is plugged in or on the battery. However, for the 27-inch iMac, a single M1 Max chip will not be enough, the larger computer will require more additional power boost for professionals. Therefore, the report claims that Apple will offer a second M1 Max chip on the same chip to bridge that CPU gap.

M1 Max features the same powerful 10-core CPU as M1 Pro and adds a massive 32-core GPU for up to 4x faster graphics performance than M1. With 57 billion transistors — 70 percent more than M1 Pro and 3.5x more than M1 — M1 Max is the largest chip Apple has ever built.
In addition, the GPU delivers performance comparable to a high-end GPU in a compact pro PC laptop while consuming up to 40 percent less power, and performance similar to that of the highest-end GPU in the largest PC laptops while using up to 100 watts less power. This means less heat is generated, fans run quietly and less often, and battery life is amazing in the new MacBook Pro. M1 Max transforms graphics-intensive workflows, including up to 13x faster complex timeline rendering in Final Cut Pro compared to the previous-generation 13-inch MacBook Pro.
M1 Max also offers a higher-bandwidth on-chip fabric, and doubles the memory interface compared with M1 Pro for up to 400GB/s, or nearly 6x the memory bandwidth of M1. This allows M1 Max to be configured with up to 64GB of fast unified memory. – Apple

Other expected features of the next-generation iMac are the mini-LED 120Hz ProMotion display, HDMI, SD card, and USB-C ports (likely with Thunderbolt 4), and a new design language with dark bezels.