3D Touch is undoubtedly the best feature of the new iPhone 6s and 6s Plus. In traditional fashion, the jailbreak community is already working on creating such a feature for iOS 8 running devices. With a very unoriginal title ‘Touch 3D’ will allow users to use quick action shortcuts from the iPhone home screen, by long pressing on app icons. 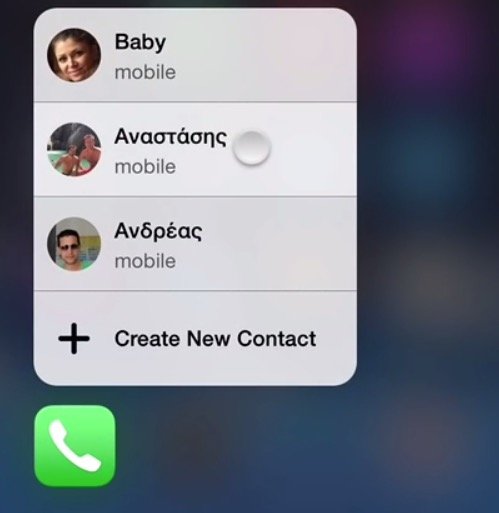 Elias Limneos, the developer working on Touch 3D has posted a video of an early version of the app. The demonstrated capabilities show that long pressing on an app brings up the contextual menu with short cuts to quick actions. In the video, only the phone app menu works, with quick calls to contacts. There is also a ‘create new contact’ short cut which is not shown in action.

The blur effect when the menu opens is the same as with iPhone 6s’ 3D Touch functionality. It is not known yet whether vibration will also work in this tweak, to replicate the haptic feedback in new iPhones.

Check out the very work in progress tweak in action in the video below. We will update when it is released.