Serif today announced free updates for its suite of Affinity creative apps, including Affinity Photo, Affinity Designer, and Affinity Publisher for Mac. The update is aimed at superpowers the performance of these apps and makes tasks up to 10x quicker.

In a blog post, The company announced the new update:

Affinity Photo, Designer and Publisher have received another free update – superpowering their performance and making some tasks up to 10 times quicker. The improvements in version 1.10 have been placed right at the heart of the software, meaning you can do more, faster, whether you’re using Affinity on Mac, Windows PC or iPad.

Managing Director of Serif, Ashley Hewson said, “We’re proud that the Affinity apps already offer class-leading speeds in many tasks, and for our latest update we wanted to take a step back and really see what further levels of performance we could achieve.” 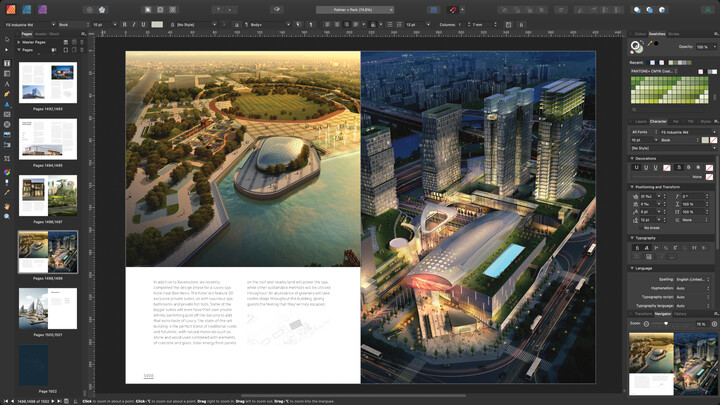 The company has completely rewritten memory management in Affinity Publisher from the ground up so that huge documents, even with thousands of pages and many gigabytes’ worth of images, offer instant loading times, smooth live editing, and super-fast scroll, pan, and zoom across the whole document.

Rendering in Affinity Designer is also a lot faster. The app is now capable of rendering highly complex documents – potentially with hundreds of thousands of objects – up to 10 times faster than before. While is improvement offers a notable difference on huge documents, it even makes less complex projects feel snappier and smoother than before. 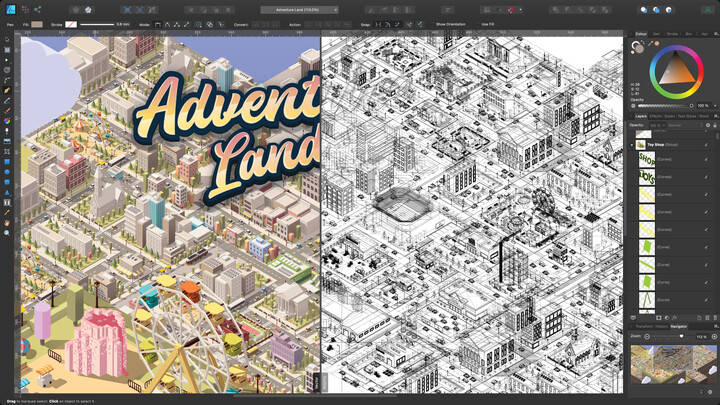 Affinity Photo also received significant performance improvements, particularly in the area of layers. When blending layers together in Photos v1.10, users are ensured a non-destructive workflow. The update also guarantees editing speeds remain smooth even after building up a stack of hundreds of pixel and vector layers, filter effects, and more.

The update is available across all Affinity apps on macOS, iPad, and Windows and is free for existing users. All apps in the Affinity suite are available for purchase at $60 each – no subscriptions required.