Apple’s App Store review policy and the process have been the talk of the town lately. On one hand, the review process is praised for providing a protection layer for users to explore and download apps in a safe and secure environment, and on the other hand, it is criticized for allowing scamming apps on the digital marketplace that have devised different methods to fool users.

Recently, Australian developers have brought the issue of non-functional Slime apps on the App Store that violate the company’s policy by charging very high subscriptions.

Indie developers Beau Nouvell and Simeon took to Twitter to share how Slime apps with trivial features are charging up to $13 per week. Nouvelle shared that some of the Silme apps “have $10+ weekly subscriptions. One of them doesn’t even do anything.” An app called “Jelly: Slime Simulator, ASMR,” has a $13 per week subscription to access paywall features. $10 per week amounts to $480 per year and $13 per week amounts to $624 per year.
Instead of asking the Silme apps’ developers to justify their in-app purchases, the company ignored its own policy by promoting those Slime relaxations apps. App Store Review Guideline states that;

If we can’t understand how your app works or your in-app purchases aren’t immediately obvious, it will delay your review and may trigger a rejection. And while pricing is up to you, we won’t distribute apps and in-app purchase items that are clear rip-offs. We’ll reject expensive apps that try to cheat users with irrationally high prices. 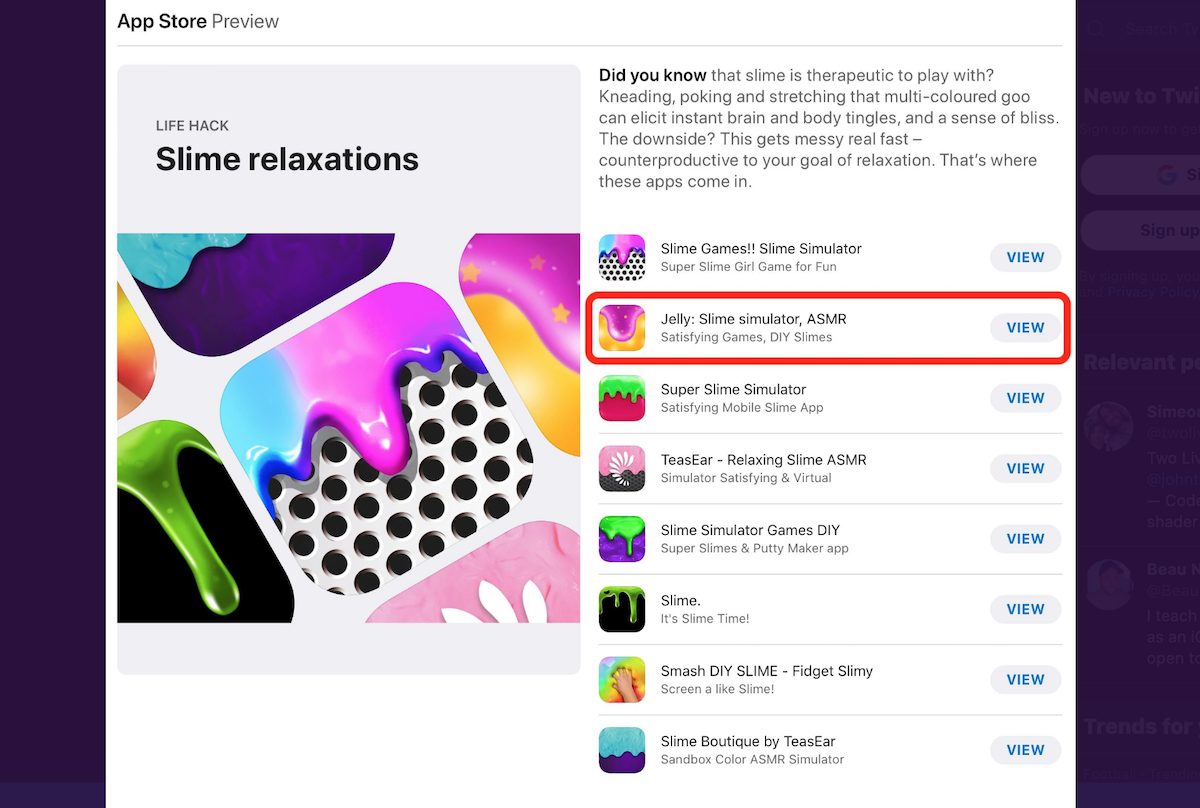 Simeon expressed discontent with the review process saying that users are scammed by such apps when they forget to cancel the expensive weekly subscription after a short ‘3 days’ free trial period. This creates mistrust and affects honest developers who do not want to rob users.

They should simply inform the user next time they run the app:

Wonder how well these businesses would thrive then

Previously, apps were found misusing the reviews and 5-star rating features to scam users, even online gambling apps disguised as kids games and fraudulent VPN apps were discovered on the App Store. Regardless of what the Cupertino tech giant claims, it has to improve its App Store review process because far too many scamming apps are found robbing people of millions of dollars.