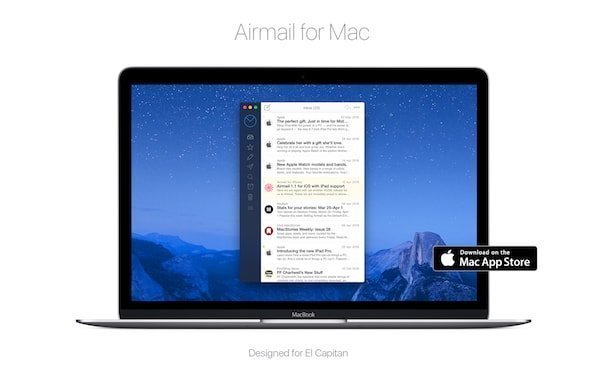 For users who are fed up of the constant issues with OS X’s default Mail app, Airmail seems like a blessing. It has a good streamlined design that is easy on the eyes and also packs the features that power users need.

With version 2.5, Airmail had gained support for OS X 10.11 El Capitan and its features such as Split View. With version 3, Airmail has gained many of the features that are already in its iOS version. The new iCloud sync works cross platform so you can sync your rules, smart folders and VIP list between OS X and iOS.

Here is the comprehensive list of updates and fixes in Airmail 3:

Airmail 3 is available as a free upgrade for existing users. New users can buy it for $9.99 from the Mac App Store.