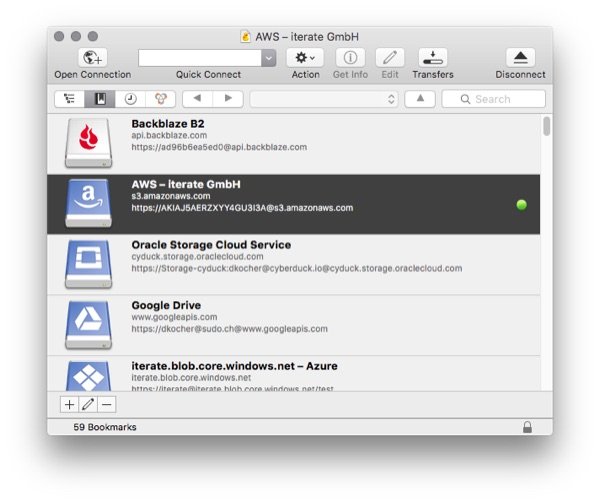 After Transmit by Panic, Cyberduck has been my favorite FTP app for a long time. Filezilla is a good FTP app but it lacks in user interface. While Transmit has a beautiful UI, Cyberduck hits the sweet spot between user experience and feature set.

Cyberduck supports all popular protocols that you can throw at it: FTP, SFTP, WebDAV and more along with multiple cloud storage services including Rackspace Cloud Files, Google Storage, BackBlaze, and Amazon S3. Cyberduck also supports native OS features such as notifications, Quick Look and KeyChain in OS X and proxy configurations in Windows.

Here is the full changelog for Cyberduck 5:

If you are looking for a great app to have on your dock or start menu with ease of use as well as the power to SSH into your server, you can’t go wrong with Cyberduck.

Cyberduck is available for $23.99 from Mac App Store. It can also be downloaded for free from Cyberduck’s website.