BizSpark is an initiative by Microsoft to help startups with resources at an early stage of development. Software, support, and visibility are provided to them, free of cost. Qualification requires an annual revenue of less than USD $1 million. Then you have to apply through a Network Partner or directly contact Microsoft. 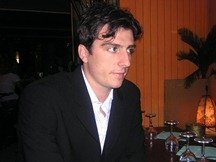 There are already many startups who are part of BizSpark and making a name for themselves. Checking out the BizSparkDB gives a clear idea of how it has really helped to play the role of a catalyst for deserving startups.

I was luckily given an invite to BizSpark, and also met Julien Codorniou on Twitter, who is managing the initiative. He is also responsible for Microsoft’s efforts to partner with hi-potential software companies. He was kind enough to give time for an interview on his career and the what, why and when of BizSpark.

[JC]: I work in the Strategic and emerging Business team in Redmond, where I manage the BizSpark program and other entrepreneurs/developers oriented initiatives. I worked for Microsoft France from 2005 to 2008  (partnering with software companies and venture capitalists), before moving to Corp in June of 2008 to launch BizSpark in 82 countries.

Before that, I was working with Ernst and Young, doing audit and due diligences of software and Internet companies.

[JC] Because as far as I can remember, I’ve always been passionate about computers and software. Software (I started with freeware, shareware, and video games in the 80s) was the most interesting thing in the world for me. When I realized that some people could actually make a living out of software and that it was a real industry, it was almost too good to be true.  And when you have a love-story for software , Microsoft is probably the  best company to work for. I also truly believe in what Gates describes as ‘the magic of software’.  The good news is that we are still in the early years of that industry, the next 50 years are going to be exciting.

[JC] It’s from a French company, spun-off from a public research Lab (INRIA), who became the biggest and most profitable internet company in Europe, and got acquired by Yahoo for half a billion dollars, in less than 5 years. It was the first big internet acquisition in Europe after the internet Bubble. That kind of literature (corporate biography) exists in the US and in the UK but was not very popular in France, so we tried to write something entertaining, for all the people who wanted to know how such a success is possible. The inside story.

[JC] It was a strong request from our partners. They wanted Software with no upfront cost during the first years, plus technical support and visibility to build their startups. This is exactly what we offer with BizSpark. It’s not only high-end, full-featured tools and platform, you also get technical professional support, email support, training, invitations to events, access to a network of people who can help young companies, etc..  this is extremely valuable for a developer-entrepreneur, especially in the early years.

I personally think that writing the  first lines of code of your startup with Visual Studio 2008, Team foundation Server on platforms such as Windows Server 2008 or SQL Server 2008 is a good way to start your business. It’s like getting a Ferrari for your first car.

[JC] Nope, it’s about empowering and identifying our next generation of partners, as soon as possible. Microsoft could not survive without partners, and it’s important for us to renew our ecosystem of partners and work with the big software companies of tomorrow.

Let me add that a lot of companies using PHP or other OSS are joining BizSpark, because it’s a good way for them to put their hands on the Microsoft tools and guarantee the interoperability of their solutions. This program is not exclusive.

But once again, I believe the key feature of BizSpark is also the technical support we offer, plus the Business support the Network partners like TiE.org, or 47Hats.com can offer too. Cheap or Free software is not enough when you are trying to build a profitable and innovative business.

[JC] Amazing. Thousands of startups join the program each month.

[JC] The Startupzone is the place where Microsoft talks to software entrepreneurs and their investors. There is a lot of very valuable content here. If you want to understand how to work with Microsoft and how we can help, this is the right place. We also let startups create and promote their company profile on the BizSparkDB.

[JC] Yes we do, we know that a lot of VCs look at the BizsparkDB on the MicrosoftStartupzone, every day, and engage discussions with some of the startups profiled there. We designed this as a marketplace for entrepreneurs and potential clients, partners, and investors.

[JC] This is still under discussion, but today, BizSpark startups can get access to the Azure CTP, by requesting a token on the Azure Website. With BizSpark, they get a shortcut.

[JC] I’d recommend reading what real entrepreneurs say on Bizsparkdb.com, my guidelines are not really relevant as a ‘Big corporation’ guy.

[JC] We hope they will develop and put software innovations on the market, recruit talented people and grow as big as possible and we are committed to helping.

When I look at what BizSpark companies like ZocDoc, Lavablast Software, GridSum, Linxter, Ecovadis or Tweba are doing with BizSpark, I can only be satisfied and proud to be one of their partners.

Big thanks to Julien for taking out time for the interview. He can be contacted on Twitter and also has a blog.