Ryan Stewart has uploaded a video on YouTube in which he has the latest version of Flash, 10.1 running on his Nexus One. The OS seems to be Android 2.2, codenamed Froyo. We also know that Adobe has given Android phones to all their employees. 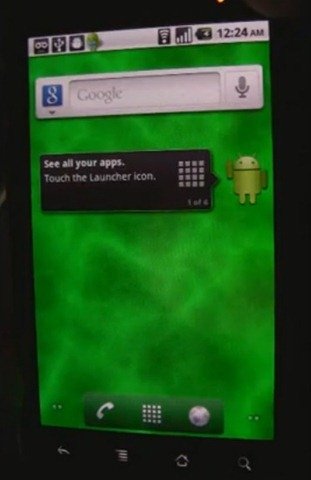 Froyo ( Android 2.2) will officially come with Flash 10.1 and looks like Ryan Stewart is one of those employees who are running Froyo ( Android 2.2) on their phone. At the end of the video we can see a glance of his home screen and it is definitely different from the current version of Android.

The video also shows the new desktop elements such as an update launcher, Android tutorial, and has a new global search box which looks cool.

Android 2.2 is expected to be made public by Google this month. Here’s what Android and Me has to say:

An increasing number of visitors to our site are running the latest FroYo firmware so it appears the update has been finalized.

Seeing that an Adobe employee has early access to an Android build, we can safely assume that Google and Adobe are working very closely to perfect Flash 10.1 on Android. Something Apple should be deeply concerned about. Another point to be noticed is that Android 2.2 will be coming before the iPhone OS 4.0. So, let’s hope Google will not just launch their new android OS in a hurry and work on a good feature set to combat iPhone OS 4.