Attention Android Users! A new Malware has been discovered on the Android System that disguises itself as Google+ and has the ability of recording calls, and collecting data such as SMS messages and more. The app is listed in the list as Google++. 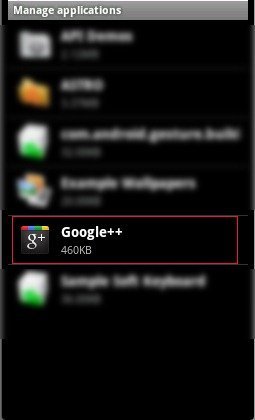 A quote from Trendlabs, which is the group that discovered the Malware, stated that:

The malware not only records your phone calls, but it automatically answers your phone calls in the background. After it answers the call, it puts the phone into silent mode and then shows the home screen.

This new malware hasn’t made it’s way into the Android Market yet, and instead is installed via a malicious website. Removal of this new malware is rather easy, all you need to do is check the applications that are installed on your phone. If you discover the Google++ app is installed, remove it immediately. This is the malware hiding in your system. Subscribe to our RSS Feed and keep following us on Twitter, Facebook and YouTube for all the latest news, updates and more [via techcrunch]