Rovio recently unveiled their latest upcoming release titled, Angry Birds Star Wars. As evident from the title, Rovio is teaming with Lucas to release this new version and it will contain quite a few elements from their Angry Birds Space game. To keep the hype and excitement to extreme levels, Rovio has released a teaser trailer for the new game. Check it out after the jump!

The game would be releasing on 8th of November for iOS, Android, Amazon Kindle Fire, Mac, Windows and Windows Phone 8. This video doesn’t show the game characters like the first teaser trailer did but if you want to find out more information on them, you can check out the official Angry Birds Star Wars website. They’ve currently got a poll going on where users can either join the Rebellion or The Empire. Choose your side carefully! P.S. do check out the fan art on the website as well, it’s awesome! 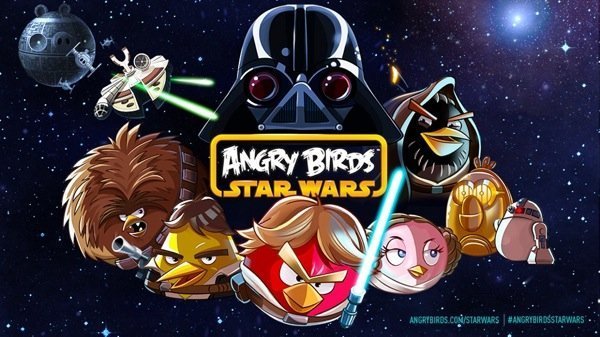 From what we know so far, Angry Birds Star Wars will be similar to Angry Birds Space in terms of gameplay and will use the same gravitational effects. Keeping the Star Wars theme in mind, the birds will take on the personalities of intrepid heroes such as the classic Red Bird will have the role of Luke Skywalker, Evil Pigs would play as part of the evil Empire and other birds would assume the personalities of Chewbacca, Leia, Han Solo and Obi-Wan. Of course, a Star Wars soundtrack will also be included!

We can’t wait for what seems to be an epic game coming up. We’ll keep you updated more information is released from Rovio.