Earlier this week iPhone 4 was made available for pre-order and we told you that only the lucky ones would get their hands on them by June 24th. Now, according to Engadget, Apple and AT&T both are cancelling some pre-orders randomly. 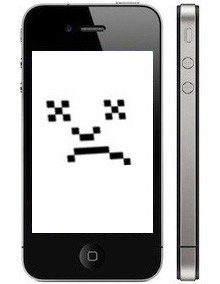 This week was really busy for AT&T and Apple with the pre-orders. The pre-order system had some failures and many customers were not able order an iPhone 4. And now those who were feeling lucky that they will get their iPhone 4 soon, some of them are receiving email that they will not get their iPhone. Just like the iPad, people will have to wait for iPhone 4 much longer.

Here is the email that some customers are receiving from Apple.

We apologize for this inconvenience.

And AT&T has also has also mailed some customers about the bad news like this.

Your iPhone order has been cancelled.

Your credit card has not been charged.

If you believe you have received this email in error, please return to the AT&T store where you placed your order.

Apple is clearly out of stock and apart from saying that they just hurried up launching the iPhone, they are saying “We were unable to complete the authorization process for your iPhone order”.

A reader of Gizmodo whose order was cancelled wrote

My apple order got cancelled, ive been calling back and forth to Apple and ATT.. they both have no idea why it was cancelled, att says apple was out of stock and apple says att said i wasnt eligible…. they say alot of people are calling about it.