Celebration bells are ringing loud at 1 Infinite Loop as Apple has sold its 1 billionth iPhone. CEO Tim Cook made the announcement at an employee meeting in Cupertino, California. At the meeting, he shared the news while holding the billionth iPhone in his hand. 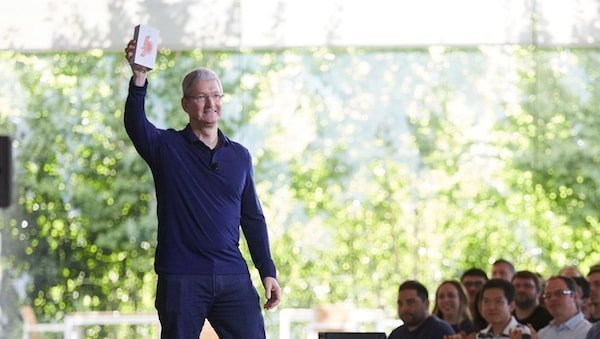 He took great pride in saying that iPhone has become an essential and integral part of our daily lives. This multi-purpose device, not only connects people to the world but also keeps important notes, captures and edits precious moments, navigates web search, is a partner in leisure and much, much more.

It’s the right time to flaunt the sales of billion iPhones when analysts are showing concerns over its future after a drop in sales for two straight quarters.  This quarter, 40.4 million iPhones were sold, which is a lesser than the 47.5 million sold last year. The sales have a downward graph but what people do not fully comprehend is that the comparison is between the sales of iPhone to iPhone. When compared to sales of other smartphones, iPhone is still holding strong.

September is right at the doorstep, but it is being said that Apple may not release iPhone 7. According to USAToday, the release of a model with a brand new design will be held back until next year, when iPhone will complete its 10-year milestone. Instead, iPhone 6SE and 6SE plus will be released with slimmer size, better camera, and other new features. iPhone was first released in 2007, and since then it has been one of Apple’s most sold products.

Over the years, we have not only seen the evolution of iPhone but also of its services. Although the sales have dropped, Apple reported that the revenue from digital services like the App Store, Apple Music, Apple Pay and iCloud have increased. According to Sydney times, the services sales increased by 19% in the past year.