Recently, at the launch of the Apple Tower Theatre in downtown Los Angeles and celebration of Ted Lasso season two the company had not placed mandatory mask restrictions. Even CEO Tim Cook attended the Ted Lasso celebration without a mask.

In the United States and other parts of the world, the Delta variant is impacting fully vaccinated people as well. Bloomberg reports that daily new cases have doubled in the United States and rising hospitalizations have made health officials fear a reversal may be underway. Therefore, Cupertino tech giant is taking pre-emptive steps to ensure customers’ and employees’ health safety. 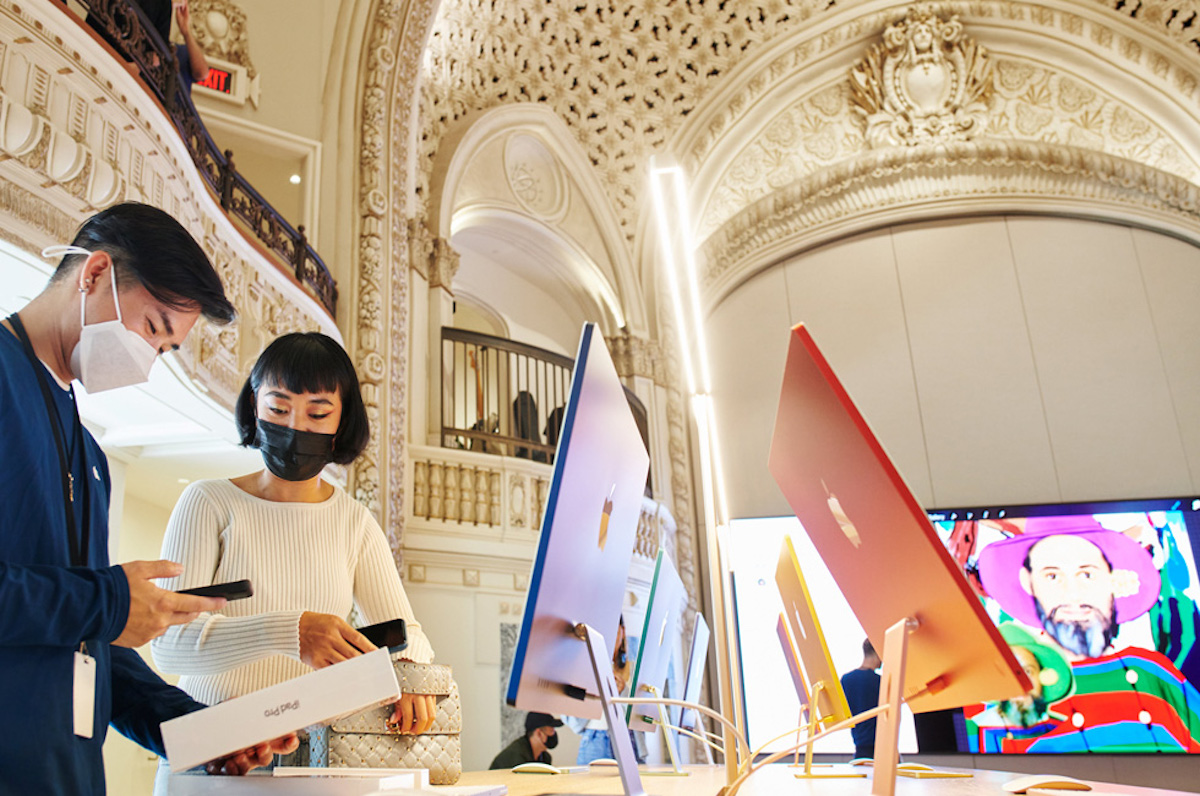 Earlier it was reported that Apple has pushed its return to offices by a month, from September to October, because of health concerns. Even when the company’s CEO announced the hybrid remote work return to office in June, a large section of employees expressed discontent with the decision and after the resurgence of cases, employees had written a second letter to senior management to reconsider their plan. The company has allegedly complied with that request and is taking other steps as well.

Mark Gurman of Bloomberg tweeted that the Cupertino tech giant is “strongly” urging the employees to wear masks again. However, there is no information if the company will decide to shut down stores again.

Apple is now strongly urging retail store employees to wear masks again and is once again requiring it in some regions. Apple had dropped mask requirement for store employees in June. https://t.co/AfixiW5PIy

MacRumors reports that mask requirements are imposed once again in various counties.

In Santa Clara County where Apple’s headquarters are located, local health authorities have begun recommending that masks be worn in indoor public locations, but it is not a mandate. In Los Angeles County, masks are once again required, so Apple employees in this area will indeed be wearing masks.