According to a recent report, with the latest iOS 14.5 beta, Apple is fixing an issue that blocked searches that had the word “Asian” in them on the Safari app when Screen Time was enabled.

The issue was first reported back in February. Users who turned on the ‘Limit Adult Websites’ filter under the Screen Time settings discovered that if a search included the word “Asian” it would be flagged as adult content and results would be blocked. Any attempt to search anything with the word “Asian” in the title would be met with a message stating “the URL was blocked by a content filter.” 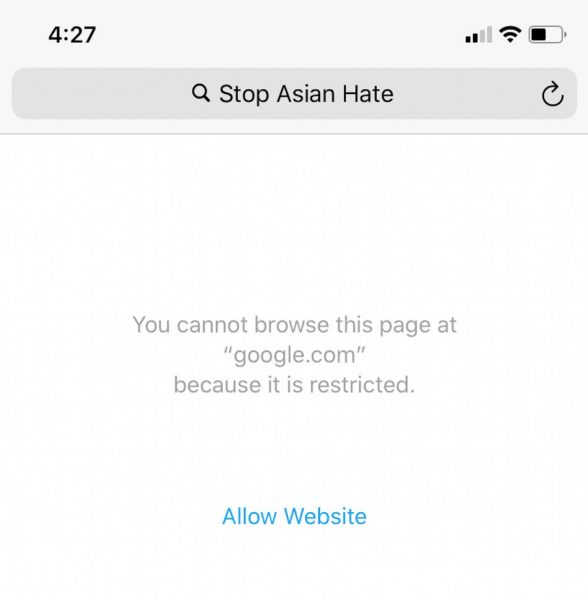 As reported by Mashable, it appears that the latest iOS 14.5 beta fixes the issue and will no longer block search results when the word “Asian” is used. The publication was able to confirm that search results for terms such as “Asian,” “Asian food,” “Asian actors,” “Asian art,” and even “Stop Asian Hate” are no longer blocked when the adult content filter is turned on with the latest iOS 14.5 Beta installed.

According to developer Steven Shen, he filed a Feedback complaint with Apple in December 2019 regarding this issue. Shen told Mashable Apple “said nothing officially” when he first reported the issue.

In a direct message with Mashable, Shen confirmed that he actually first warned Apple that the iOS adult content filter was blocking searches containing the word “Asian” back on Dec. 7, 2019.”

On iOS, if you turn on “Limit Adult Website” under Screen Time->Content Restrictions, Safari blocks any website URL containing the word “asian”. Seriously, go try it, it’s unbelievable. I filed a Feeback a long time ago. Nothing changed. Please RT for visibility. @AppleSupport

Mashable notes that the issue became much more prominent in the wake of the March mass shooting in Atlanta. Apple devices filtering the term “Asian as “adult content” can be perceived as problematic so it is good to see that the tech giant has finally addressed and fixed the issue.

The fix is a part of iOS 14.5 which is still in beta. The public release of iOS 14.5 is expected to happen sometime in the spring.