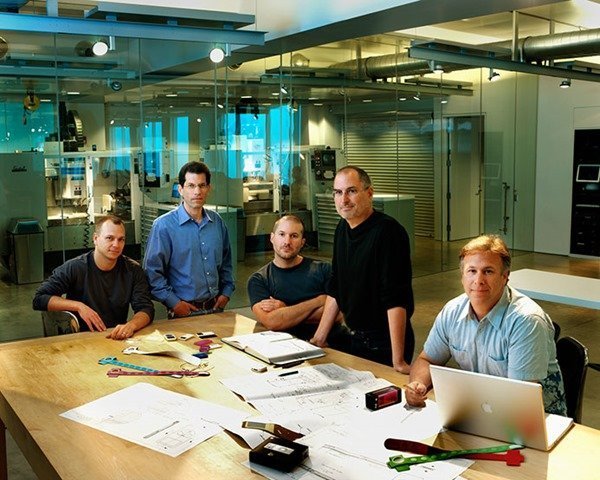 Apple is best known for its secrecy which surrounds its product plans and launches and how there’s a lot of strictness in its offices to ensure that the secrecy remains intact. Ever since the late Steve Jobs showed off Apple’s plans for their new campus (which would look like a spaceship), most of us have wondered what their current campus looks like from the inside. There have been many peaks in various videos from the company for its products but this is an extensive look by Apple Gazette at the various parts of the Apple campus in Cupertino, California which most of us hadn’t seen before. 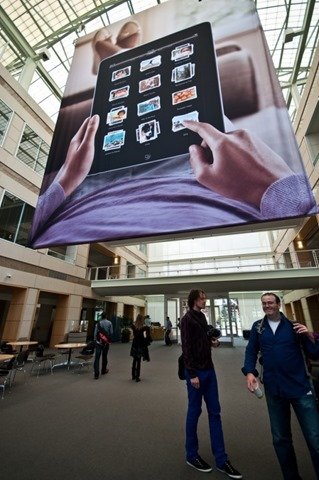 The above picture is from their collection which Apple Gazette has found through searching around the web. The campus is built just like how one expect an Apple building to be – clean, bright and spacious. There’s not much that you could consider ‘fancy’ around the campus corridors, reception areas and so on. What’s odd are the signs on the restrooms for both men and women. There are also a few pictures which show meetings in progress, Jonathan Ive’s design labs with lots of industrial machineries inside, the wireless testing facility for testing signal reception and interference ( which was first shown by Apple during their press conference to address antenna gate issues with iPhone 4 ) and much more. They’ve also shown some pictures of the Apple Company Store which is regarded as the only place in the world where you can buy merchandise with an Apple logo on it (legally and officially, of course as Apple doesn’t take non-permitted usage of its logo or even ex-CEO’s name/looks lightly)

There’s a stark comparison between Apple’s campus pictures and what you see of the Google Plex. Google Plex comes off us more of a play area with lots of colorful things going around, crowded workspaces with lots of personalization and lots of comfortable furniture. On the other hand, Apple’s campus looks very serious, somewhat like a university when you look at the Apple town hall, cafeterias, recreational rooms and other places look. It doesn’t seem ‘fun’ like Google Plex but more work oriented.

Check out the complete set of pictures here.