If you have noticed that your iPod or iPhone pauses and plays music erratically then it might not be a problem with your iPhone or iPod touch, but there is something wrong with your Monster-branded headphones. According to some sources, Apple is investigating some issue with these head phones. According to this screenshot shown below, Apple is claiming that conductive flanges used in Monster’s earbuds cause stopping and starting of playback on Apple devices. 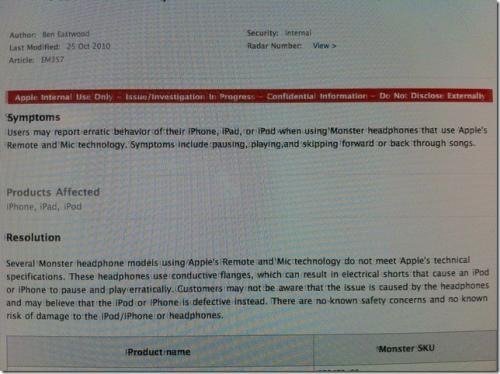 Several Monster headphone models using Apple’s Remote and Mic technology do not meet Apple’s technical specifications. These headphones use conductive flanges, which can result in electrical shorts that cause an iPod or iPhone to pause and play erratically. Customers may not be aware that the issue is caused by the headphones and may believe that the iPod or iPhone is defective instead. There are no known safety concerns and no known risk of damage to the iPod/iPhone or headphones.

The company had received some complains from their customers about the this issue. On the other hand, list includes the problematic headphone of the Beats lineup of product that Apple sells in its own stores. Maybe these are some defective pieces or maybe there this problem is with the ControlTalk-equipped products in the joint-developed Beats lineup. The list of affected earbuds is shown below. 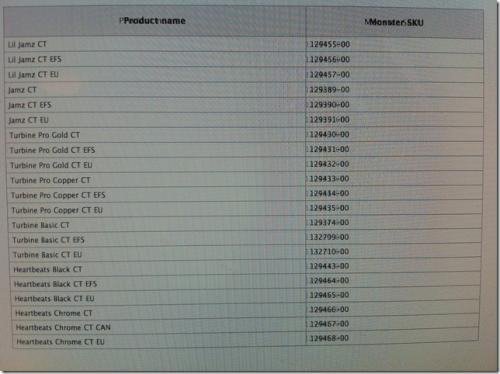