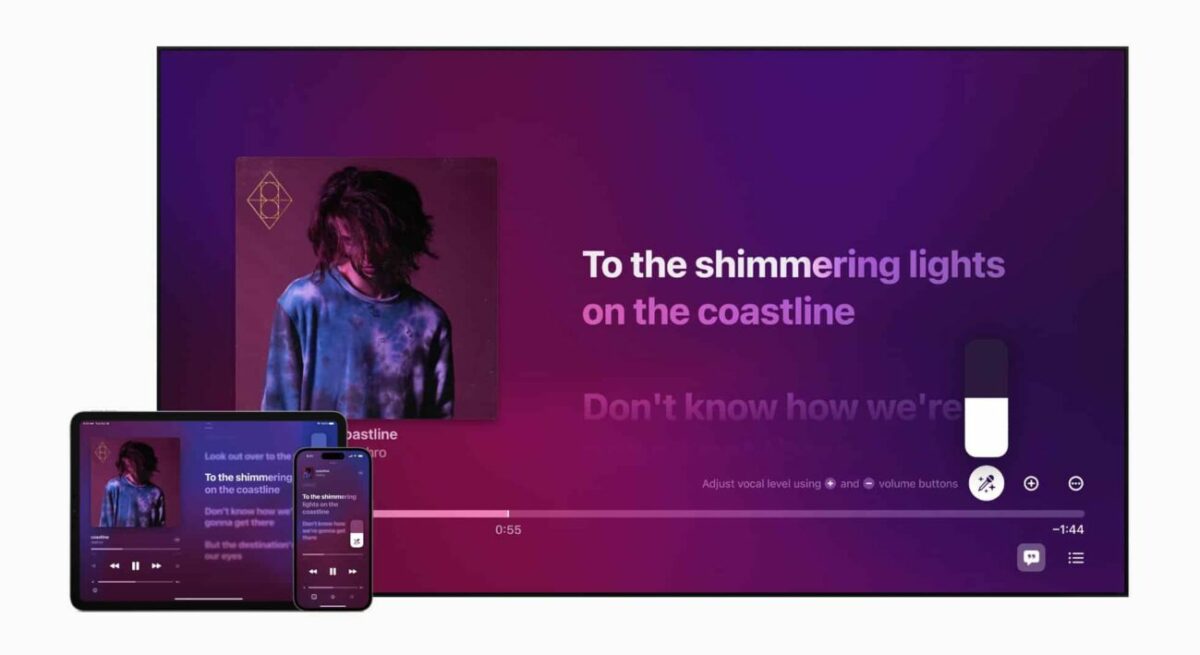 Apple Music Sing to be launched later this month

In a press release announcing the new feature, the tech giant revealed that Apple Music Sing will be rolled out later this month to all Apple Music subscribers, worldwide. The feature will work on iPhone, iPad, and the new Apple TV 4K.

“Apple Music’s lyrics experience is consistently one of the most popular features on our service,” said Oliver Schusser, Apple’s vice president of Apple Music and Beats, in today’s press release. “We already know our users all over the world love to follow along to their favorite songs, so we wanted to evolve this offering even further to enable even more engagement around music through singing. It’s really a lot of fun, our customers are going to love it.”

When Apple Music Sing is rolled out, the tech giant will also launch more than 50 dedicated companion playlists featuring all the “epic songs, duets, choruses, and anthems that have been compelling people all around the world to sing,” and they will be “fully optimized” for Apple Music Sing.