The new Apple ProRAW feature is now available on Instagram. The social media’s iOS developer, Tim Johnsen shared the news on Twitter. After announcing the feature at the October 13 iPhone 12 event, Apple launched it in the iOS 14.3 update.

The iPhone 12 Pro and iPhone 12 Pro models allow users to take professional-like photos via Apple ProRAW which can be edited to encapsulate the photographer’s vision in the captured shoot.  The 12-bit ProRAW photos offer an impressive range of 4,096 of blue, green, and red to render which Austin Mann says offer “far more nuanced shades of each color than lossy formats like JPEG or HEIC.” Apple describes the feature as,

Apple ProRAW combines the information of a standard RAW format along with iPhone image processing, which gives you more flexibility when editing the exposure, color, and white balance in your photo. With iOS 14.3 or later, your iPhone 12 Pro and iPhone 12 Pro Max can capture images in ProRAW format using any of its cameras, including when also using the Smart HDR, Deep Fusion, or Night mode features.* You can edit ProRAW photos in the Photos app and other third-party photo apps.

In the shared tweet, @Johnsen said that users can upload Apple ProRAW photos on the platform, and as the rollout is gradual, so users might not see it on the Instagram app right away. However, addressing the editing tools flexibility for ProRAW photographs, Johnsen clarified that users should use third-party apps like Adobe Darkroom for editing.

Do any of the editing tools make use of the flexibility of the DNG format or is Instagram simply creating a JPEG from the data and using that?

However, the iOS Instagram developer failed to answer @gannonburgett‘s query,

“Noted. Just to clarify—Instagram is taking the DNG file, (presumably) applying its own tone mapping, and showing the resulting JPEG to the user, correct? I’ve had a few readers ask me about this sort of stuff over on DPR, so I want to provide them info if you can divulge.”

Therefore, it can be said that the new feature’s support on Instagram is limited. Users who take and edit ProRAW photos on other apps can share them on the platform. As ProRAW photographs are approximately 25MB, Instagram is compressing the images.

Furthermore, there is a little confusion about Apple ProRAW support on Instagram; as users are seeing ProRAW photos in stories, they are asking if the format for stories and feedback is the same? and some are also asking if they need to update the app to use the Apple ProRAW feature or will it be pushed via changes in the server. Maybe all those questions are answered in an official announcement post if the company releases one. 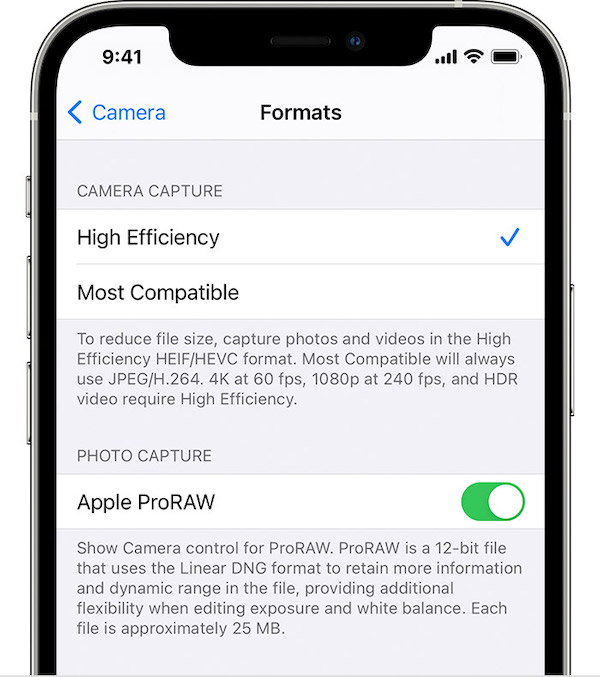 Professional photographer, Austin Mann tested Apple ProRAW on iPhone 12 Pro Max and he loved the results calling them a massive leap forward in photography on the smartphone. Users can enable the feature via Settings app > Camera > Formats > enable Apple ProRAW .