We’ve been waiting for iOS 5 to come to our iOS devices for a very long time. According to an analyst, Apple is looking to release a “Golden Master” build for suppliers during the week of September 23 to September 30. This build will then be preinstalled on future iOS devices to be sold. 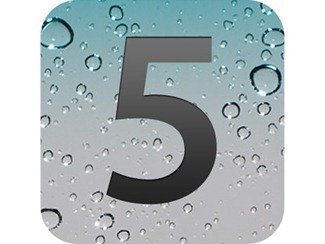 Not only will the GM build be for suppliers, developers are also eagerly waiting to get their hands on the final version of the firmware.

If the source is to be believed, then it could mean that the iPhone will probably launch during early- or mid-October.

A release of iOS 5 to assemblers the week of Sept. 23 means its likely finalized hardware units for the new iPhone and iPod touch will begin to ship at the end of September. With an estimated 10 to 12 days for shipping, the two new devices are likely to be available by mid-October

Apple unveiled iOS 5 to the public during WWDC this year, in Moscone West, San Francisco. From the start, they have claimed that this will be the biggest update to the operating system ever. The update is expected to have over 200 new features, which include iCloud support, “cut the cord”, iTunes Match and Twitter integration.