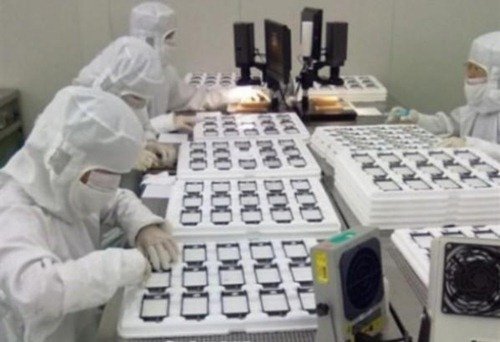 In a report from MacRumors, they claim that the iPhone 5 (or codenamed “N94”) has almost the same hardware. It will apparently have 512MB of RAM, almost the same camera, same 3.5” display, glass front and back panels. All of this sounds very familiar; it almost identical to the current iPhone 4.

– 512 MB of RAM: This is to be expected, as the next iPhone should be using the same A5 chip found in the iPad 2, which does in fact offer 512 MB of RAM.
– Camera module height “almost same” as in iPhone 4: Camera thickness is the major limiting factor for overall device thickness, meaning that the next iPhone is not likely to be significantly thinner than the iPhone 4. Sony is said to have started shipping camera sensors to Apple’s manufacturers back in July, with OmniVision coming online to assist in September or October.
– 3.5-inch display: A number of rumors have claimed that Apple will be using a larger display for the new iPhone, but Kuo’s sources indicate the screen will be the same size as that found in the iPhone 4.
– Glass front and back: Although not 100% confident on this item, Kuo’s sources suggest that Apple will continue to utilize the same basic design of the iPhone 4, with glass on both the front and back of the device.
– Manufacturing shares: Foxconn is scheduled to handle 85% of the production load for the new iPhone, with Pegatron taking the remaining 15%. As previously noted, Pegatron will be a bit slower to ramp up production, and will primarily be supplying Apple’s Asia-Pacific markets.

Their source also talked about the next generation iPod touch. According to him, like the iPhone “4S” the iPod touch 5th Generation will also look almost identical to its predecessor. One thing he did say was that, Apple will be producing iPod touches in two models; white and black.

Both the iPhone and iPod touch are expected to have a major redesign in 2012.

Apple is expected to reveal the iPhone 5 this month, and release it next month. Not much is known about the device, however most rumors do point out to a large screen and an A5-chip.