iOS 10.3 beta has been released to developers, for iPhone, iPad and iPod touch. The update contains a number of new features which includes functionality to find AirPods, enhancements to SiriKit, changes to how app ratings and reviews work, design and animation updates and much more. 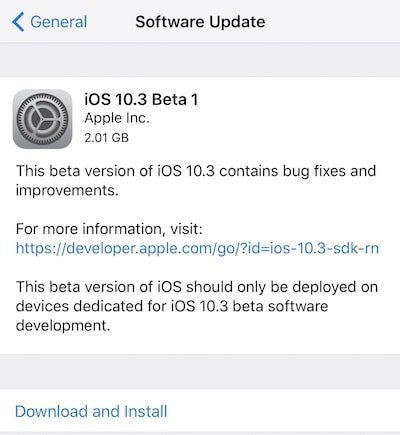 Following up on last year’s major point 3 upgrade to iOS 9 i.e. iOS 9.3, Apple has released iOS 10.3 beta with a number of changes and new features.

Here is the complete list of new features found in the first iOS 10.3 developer preview:

While last year’s iOS 9.3 had some useful new groundbreaking features for iPad, iOS 10.3 beta does not change much for Apple’s tablet audience. Users were expecting Apple to double down on iOS for iPad to provide more productive features, specially to iPad Pro users. This is just the first beta so things might change with future releases.