Apple’s Worldwide Developers Conference is just a few days away. The conference will be held from 13th June to 17th June, 2016 in San Francisco, California, USA. After closing of event registration in April, media invites for the Keynote were sent just a few days back. Unlike previous conferences, this year’s conference will be held at two venues; Bill Graham Civic Auditorium for Keynote, State of Union and Design awards and Moscone West for labs and other sessions. 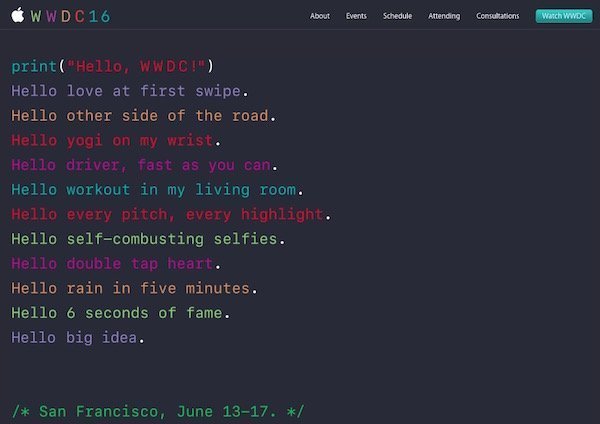 Traditionally, WWDC is held every year at Moscone West, where developers from around the globe meet Apple’s engineers, attend workshops and software sessions. The conference begins with a Keynote which includes announcements of upcoming operating system updates, products and services. During subsequent days, there are various activities planned for the attendees such as technical sessions on app development, assistance in implementation of new technologies, consultation from Apple’s experts, and a chance to socialize at the Bash.

Here is the complete schedule of WWDC 2016.

What to expect from Apple at WWDC 2016 Keynote

Here is a list of what to expect this year from Apple:

The conference will kick off with Keynote at 10 am Pacific time. Stay tuned as it will be really interesting to see what Apple is coming up with.