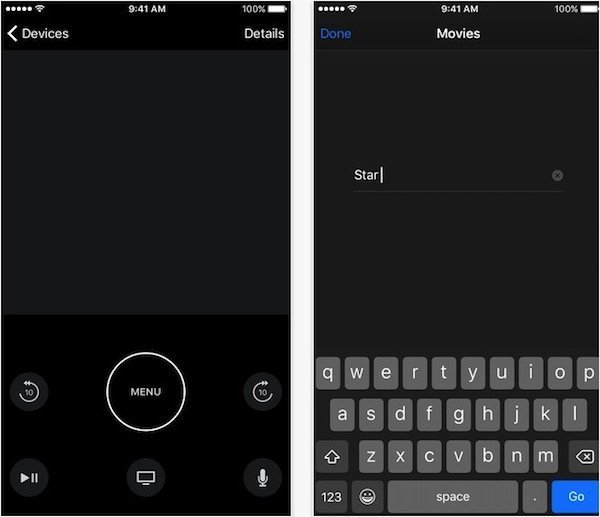 The app offers powerful features to deliver easy control of Apple TV. Users can access apps with touch gestures and type in passwords, email addresses, and text easily via iPhone keyboard. Users can use Siri to search for movies, TV shows or song recommendations, and control the currently playing content. Users can also turn on the Game mode for simplified gaming controls. The game mode uses iPhone’s accelerometer and gyroscope for controls which effectively gives you another virtual controller for free, along with the Siri Remote.

The new Remote is not yet available as an iPad app. Home sharing features are also missing in the new app. Also, note that Siri requires fourth-generation Apple Tv and its availability and language may vary from country to country.

Apple TV Remote is available in the App Store for free and requires iOS 9.3.2 or later. The app also works with second and third generation Apple TVs, with a limited feature set.

P.S. Along with the series of new updates rolled out today, Apple also released iTunes version 12.4.3. The update contains a sync bug fix. Previously, the changes made in a playlist on one iOS device did not appear on other devices.