Apple has settled a lawsuit with the developer of the FlickType app, Kosta Eleftheriou over the App Store review process for an undisclosed amount. Filed in 2021, Eleftheriou has accused the company of intentionally throwing “roadblock after roadblock” against his FlickType keyboard app for the Apple Watch while letting its copycat app flourish.

In addition to his popular FlickType app, Eleftheriou is known for highlighting scam apps on the App Store which have over the years stolen millions of dollars from consumers. The scam apps use fake reviews and 5-star ratings to present themselves as authentic apps.

In July 2021, he filed a lawsuit against Apple’s App Store policies and the tech giant’s negligence, abuse of monopoly power, and anti-competitive behavior. And later that year, the situation got more controversial at the launch of the Apple Watch Series 7 with a QWERTY keyboard which copied Eleftheriou’s FlickType app for the Apple Watch.

Later, the FlickType app on iOS was discontinued because the App Store rejected its updates for unjustified reasons. Eleftheriou claimed that the “App Store not only rejected its update but it also rejected that app’s Test Flight beta too. Furthermore, the review team did not reply to the developer’s follow-up queries so he cants appeal unfair treatment.” 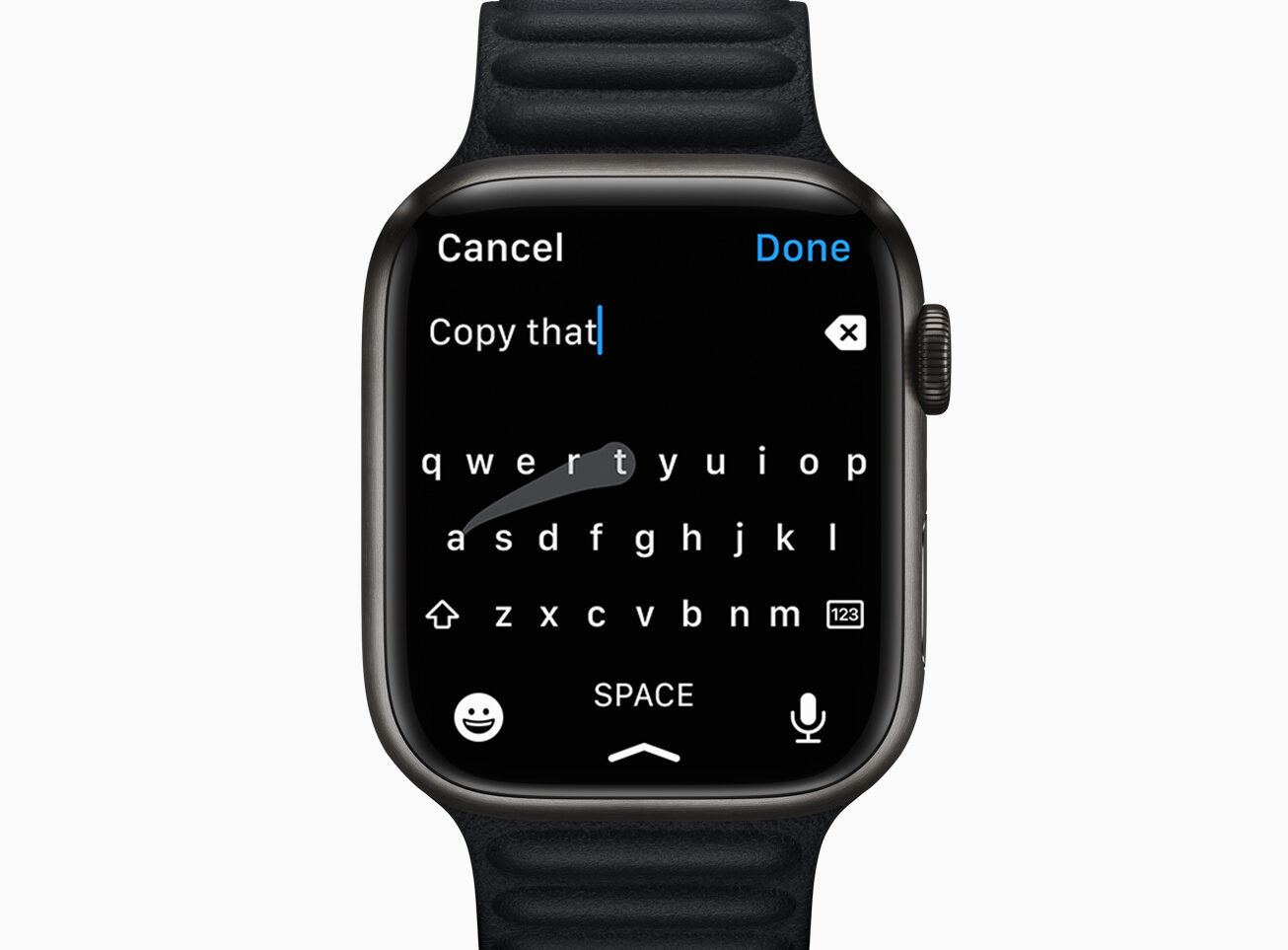 The developer had stated that he would include Apple Watch Series 7 QWERTY keyboard in his lawsuit if it went to trial. In February this year, Judge, Peter H. Kirwan of the Superior Court of California, County of Santa Clara, allowed the lawsuit to proceed to trial.

Now, TechCrunch reports that both parties have settled the matter which has saved Apple from another public lawsuit over App Store policies like the Epic Games case and the controversial QWERTY keyboard.

Following the filing of the case last year, the two parties participated in court calls with a judge, the court docket shows, including as recently as this spring. A request for dismissal of the lawsuit was subsequently filed on July 21, 2022, after Apple and Kpaw (Eleftheriou’s business) came to an agreement.