Apple in March introduced a new Thunderbolt 4 Pro cable alongside the launch of the Mac Studio and Studio Display. A new teardown of the cable gives customers a look inside the accessory and shows why it is super expensive. 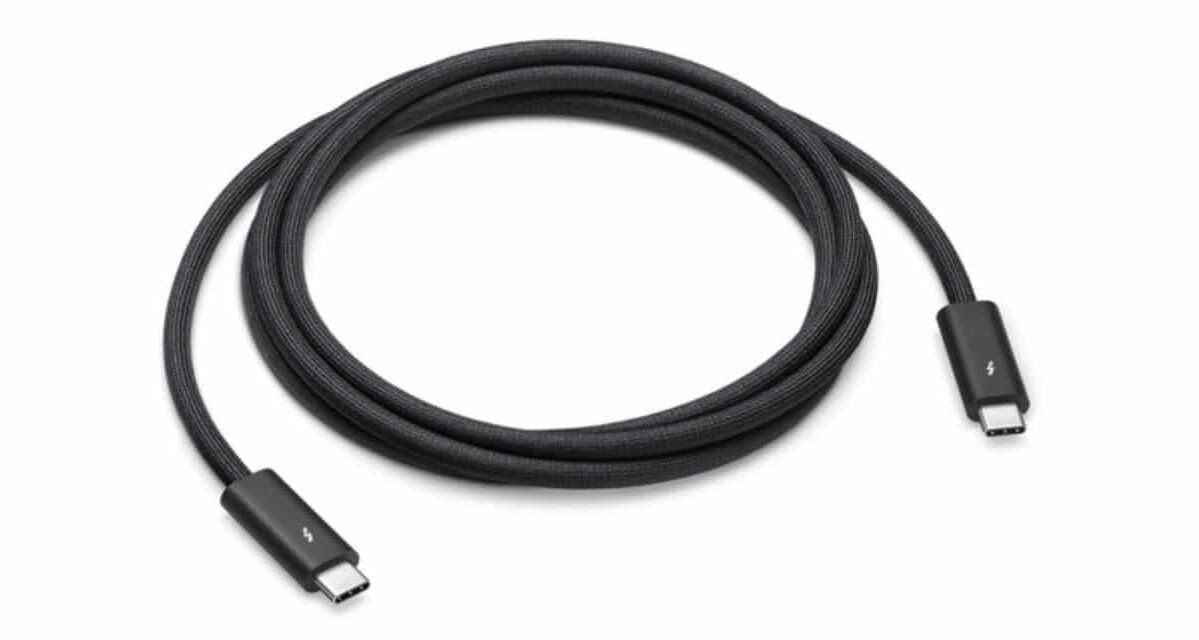 A new teardown conducted by ChargerLAB shows customers the premium materials used in the cable and the construction that was used in manufacturing.

The outside of the cable is a waterproof and dustproof black braided design that coils without the mess of tangling. Inside, it is a coaxial cable that features 19 wires. Among the 19 wires, six are tinned copper wires that supply power, and two of the wires enable USB 2.0 transmission, making the accessory backward compatible with Thunderbolt 3, USB 3, and USB2. Many of the wires are plated with silver as well as copper.

The inside of the connectors, which are covered by hard black plastic and a brass sleeve, carry several components. In addition, each connector also features 24 gold pins which are all gold-plated.

Inside the connector is an Intel chip that manages the Thunderbolt connection and acts as a signal reconstructor and reduces signal jitter. ChargerLAB notes that Apple’s Thunderbolt 4 Pro Cable works very well but may not be the best option on the market for standard customers who would be fine with a cheaper alternative. However, for professionals working with large amounts of data, ChargerLAB says that Apple’s cable is one of the best options.

Check out the full teardown below: