Apple’s new rumored iPads have been making circles in the rumor mill for a while now and it seems that the launch of the new iOS 7 powered tablets aren’t too far off. Thanks to insiders, AllthingsD has found out that Apple will be holding an invite-only meeting on 22nd October, Tuesday where the fifth generation iPad and second generation iPad mini will be unveiled. Mac upgrades are also rumored to be announced during the event but somehow they do not seem to be the most exciting part of the event. 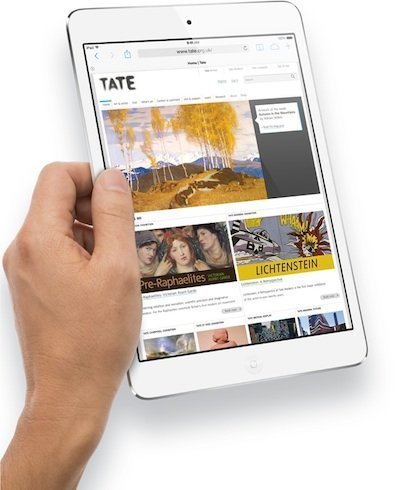 If rumors are to be believed, the fifth-generation iPad would be getting rid of its thick borders and would change looks to be more like a large iPad Mini. This might reduce its dimensions slightly (not for the screen though). The back would also be changed to an anodized aluminum finish. Apple is never afraid to try new materials or finishes and this wouldn’t be a major surprise. A 64-bit A7 processor, fasters graphics, and better cameras seem to be on the cards as well. Since the third and fourth generation iPad were not that different, let’s hope Apple has something more in store than just updated internals.

For the iPad mini, fingers crossed for a retina display. Rumors are pointing towards one but the challenge for Apple is to maintain the cost, battery life, and performance while increasing the display quality and resolution. It does not sound easy but given that iPad Mini is the only mainstream tablet with a low-density display. In terms of processor, it seems unlikely that Apple would add a 64-bit processor to the iPad mini, similar to how it used an older processor in iPhone 5c as well. At least an iPad 3/4 class processor is expected though for better performance.

In terms of other features, a fingerprint sensor might not be there but could be a useful feature for a sense of security on iPads. A great surprise would be multi-colored iPads but that is just wishful thinking since the iPads don’t have plastic bodies.

Apple seems to be gearing up to end the year on a high with tons of new upgrades across all its product lineups.