Just like with the new iMacs, rumors were suggesting that Mac Pro is getting updated soon. It was short in supply at Apple stores last week and today the update has been announced for the Mac Pro line up. New Mac Pros have 12 processing cores with Intel Xeon processor which makes it 50 percent faster than its previous generations. It also has new ATI Radeon HD 5770 graphics hardware, with the Radeon HD 5870 available as a build-to-order-option. 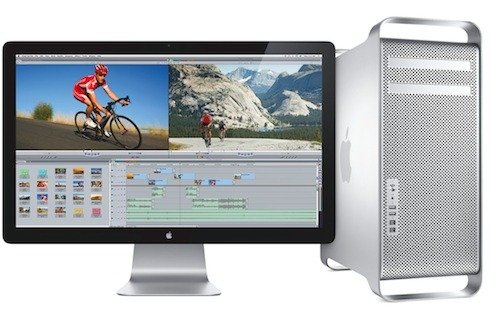 The new Mac Pro is the most powerful and configurable Mac we’ve ever made.With up to 12 cores, the new Mac Pro outperforms our previous top-of-the-line system by up to 50 percent, and with over a billion possible configurations, our customers can create exactly the system they want.

For the first time, Mac Pro customer have the option to order a 512GB SSD. It has the option to install four of these inside the hard drive bays. It also has two mini Display ports and one dual-link port, so you can connect up to two LED Cinema Displays without any additional hardware.

Basic configurations and pricing of new Mac Pro are:

If you select the 12 cores option either at 2.66 GHz or 2.93 GHz then the price would reach $4999. Apple would start shipping new Mac Pros from the beginning of August.