Apple Watch Series 4 and newer models offer a “Fall Detection” feature that saved a life, once again. Ottawa police, Canada shared that on November 28, an elderly resident living alone experienced a hard fall, and fortunately for him, his Apple Watch automatically made a 911 emergency call.

Fall detection on Apple Watch detects a hard fall and in response taps on the users’ wrist, sounds an alarm, and displays an alert: Emergency SOS or I’m OK. Depending on their condition, conscious users can either tap on Emergency SOS to connect to emergency services or I’m OK to dismiss the threat. But the watch automatically contacts the emergency services if the users are unresponsive or do not tap on the “I’m ok” message on the screen within 60 seconds.

According to the information shared by Ottawa police on Instagram, the elderly man experienced a fall at 8:45 pm on Sunday night, November 28, 2021. Luckily he was wearing his Apple Watch, which sent his coordinates to the emergency responders, and within 10 minutes, paramedics were treating him. The man’s daughter told the officer that he will fully recover and will join his family to celebrate Christmas.

On November 28 at 8:45pm, an 85-year-old Ottawa resident living alone had a fall. He was unresponsive, triggering a 911 call from the fall detection on his watch.

An automated message with coordinates came in to an OPS Police Communicator. She used them to get an address. The open line through the watch enabled her to hear breathing and a dog barking. She dug some more and got the name of the homeowner, providing all of the information to officers.

Cst. Andrew Barrett and Cst. Damian Levesque were the first emergency responders to arrive. The home was locked, in darkness and they could hear a dog barking. They breached the door and located the resident at 8:52 pm.

Cst. Levesque provided first aid and bandaged the man’s head wound and Cst. Barrett spoke to the daughter of the resident, advising her of the fall. Paramedics arrived shortly after and they treated the man and took him to hospital. 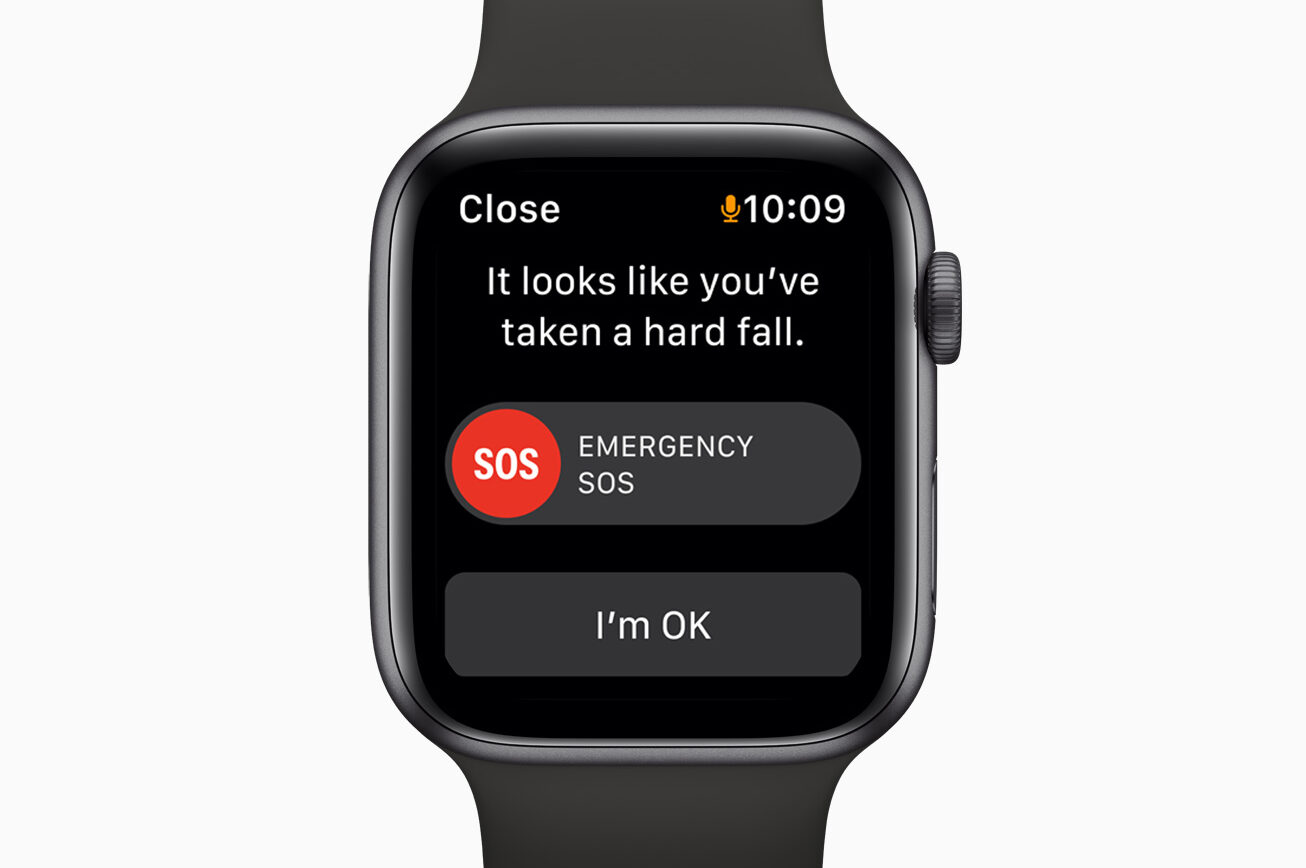 Previously, the Fall Detection feature saved the life of a 48 years old British cyclist, Jay Dixon after he was unfortunately hit by a car when he was turning down a side road in Cleethorpes, northeast England, a 70 years old retired management consultant, Danial Pfau from a fatal injury twice, and others.

A patent revealed that future Apple might introduce the ability to send the health data of victims of hard falls to emergency service so that paramedics can analyze and gauge their condition before reaching them physically. In addition, the company is reported to add new ‘crash detection’ feature on Apple Watch and iPhone to automatically dial 911 if the user gets into a car accident in 2022.