The Cupertino tech giant has released the results of its first Women’s Health Study on menstruation cycles and commonly experienced symptoms. The study was conducted in partnership with Harvard T.H Chan School of Public Health to improve women’s health-related technology and most importantly, destigmatize menstruation.

The research included 10,000 participants of varying ages and taces from across the United States of America using innovative research methodology of the Research app. Apple explains that the menstruation cycles have a profound impact on women’s health, therefore, the study offers valuable insight into menstruation-related symptoms.

Many physicians regard women’s menstrual cycles as an important window into their overall health, but the topic is notably under-researched. Medical research on menstruation has often been limited to studies of smaller sizes, which are not representative of the broader population. Without substantial scientific data, women’s menstrual symptoms have historically lent themselves to dismissal, or have even been minimized as overreaction or oversensitivity. 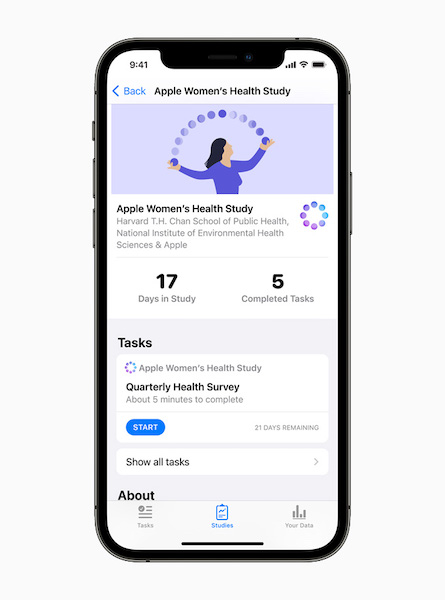 Over 10,000 women in the U.S participated in Women’s Health Study via the Apple Research app

Women with an iPhone and Apple Watch participated in the study by logging in their menstruation and other health data via the Research app. The participants controlled the data they shared and were told how their data would be used. And the most commonly reported symptoms were abdominal cramps, bloating, and tiredness across races and ages. 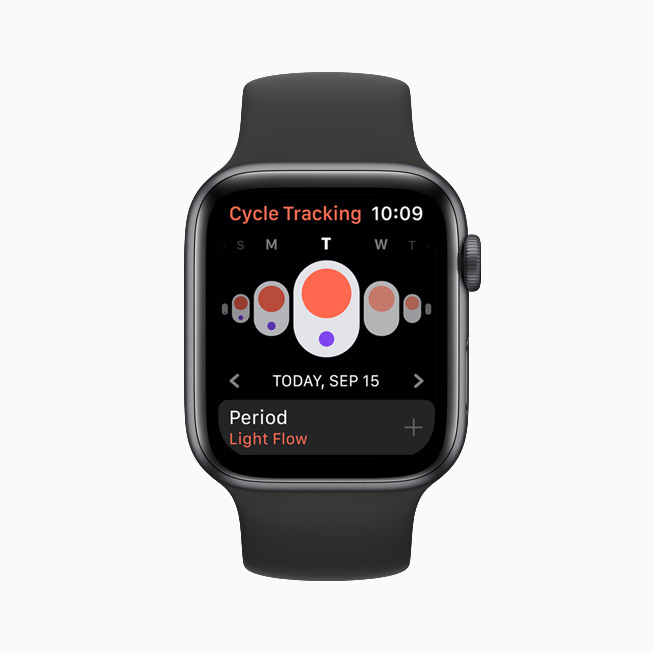 The health experts involved in the study are hopeful that the findings will bring a more gender-equal future by destigmatizing menstruation cycles and women’s health. Dr. Michelle Williams, Dean of the Faculty at Harvard Chan School, said,

“Our study will help to achieve a more gender equal future, in which all people with menstrual cycles have access to the health services and menstrual products needed to feel safe and empowered. By building a robust generalizable knowledge base, the Apple Women’s Health Study is helping us understand factors that make menstruation difficult and isolating for some people, in addition to elevating awareness of a monthly experience shared by women around the world.”
“These findings take us a step further in validating and destigmatizing period symptoms. Harvard Chan researchers are leaders in the field on this critically important subject, and we couldn’t be more proud to support and help scale their efforts through the Research app.” said Dr. Sumbul Desai, Apple’s vice president of Health.