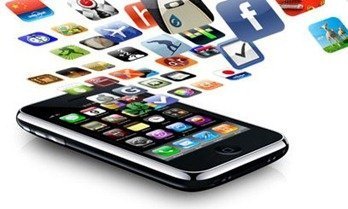 Apple announced today in a press release that App Store downloads have crossed the 3 billion milestone in just 18 months. That’s an astonishing feat, specially if you check out the maths Gizmodo has done for the 3 billion downloads which equal to 30,612,244 apps per day, 1,275,510 per hour, 121,043 per minute, 350 every second.

“Three billion applications downloaded in less than 18 months—this is like nothing we’ve ever seen before,” said Steve Jobs, Apple’s CEO. “The revolutionary App Store offers iPhone and iPod touch users an experience unlike anything else available on other mobile devices, and we see no signs of the competition catching up anytime soon.”

The App Store had reached the 2 billion downloads mark in September last year and it has taken just 98 days for them to add 1 billion more downloads to the tally. The increased sales of iPhone and iPod Touch in December have definitely contributed to that. There are 3 iPod Touch models in the bestselling mp3 players list on Amazon.com and not to forget the millions of iPhones (2G, 3G and 3G S) out there since 2007 that have been downloading the now 100,000+ apps in the App Store. If Apple allows these apps to work in the mythical new Tablet, it’ll be a huge advantage for it. Come 27th January, we’ll find out for sure whether these apps work with the iTablet or not.