One of the most popular games in the world, Tetris celebrates its 25th birthday today. According to Telegraph

The game was created by Alexey Pajitnov, a computer engineer who was working for the Computing Centre of the Soviet Academy of Sciences.

It has sold more than 70 million copies, been released for nearly every video-game platform of the past two decades and even been played on the side of a skyscraper.

Alexey also created a lot of puzzle games, and a few for Microsoft as well, which were sold as Microsoft Entertainment Packs or Microsoft Puzzle Collections.

In honor of Tetris’ birthday, this edition of Apps for Windows is dedicated to a Tetris games. 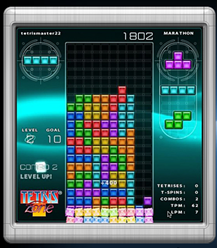 The first one, Tetris Zone, is a desktop game and one of the better looking games of Tetris available. It has a free demo available for download, and can be bought for $9.95 as well. Its feature list includes: 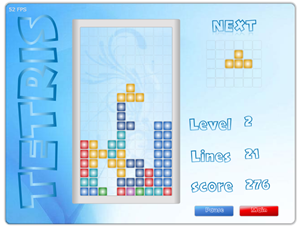 The second one is a browser based Silverlight game, called Tetrislight. While not as heavily featured as Tetris Zone, Tetrislight is also nice on the eyes. Although the music will get to you in a while and you would want to turn if off, but there’s no option to. Still if you want your Tetris fix on the go, or on a public PC, where you can’t install a desktop version, Tetrislight will serve you well.

These games should be suffice whether you want to play Tetris online or offline. If you find any other one that’s better than these two, let me know.