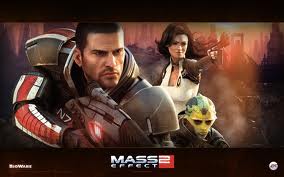 If the second installment of Mass Effect two series was just not enough for you gamers out there, here is something that might well put a smile on your faces- Bioware has announced the release of yet another downloadable content package for Mass Effect 2 which will be due in 2011.

During his announcement on the Daily News posting, the developer claimed that Cerberus Network was to cease by January 24, 2011. Moreover, he announced that additional updates would be available following the release of the new downloadable content for Mass Effect 2 this year. Mass Effect 3 would then follow up.

The following is an excerpt from the developer’s announcement from IGN:

’The Cerberus Daily News will begin a hiatus on January 24th, finishing its run of one full year. Daily postings will cease except for three weeks in 2011: a week of posts will precede a downloadable content release, and two more weeks will lead up to the release of Mass Effect 3. The CDN team thanks fans for their attention, comments, and feedback, (both in and out of character!). We are sorry to go, but we had fun –- we hope you did, too!

This announcement must have interested a large Mass Effect loving community. Considering the amount of promotion and popularity that the last downloadable content and updates received, the new add-ons are sure to be accepted whole-heartedly by fans following the speech made by the developer. Interestingly, the timing of this announcement is quite a surprise when PlayStation 3 gamers are going to taste the Mass Effect 2 flavor for the first time following its release on the PS3 on January 18, 2011.  It is also worth noting that Mass Effect 3 has already been announced for release in 2011; therefore, it seems like Mass Effect fans are in for a ‘Mass Effect’ packed year. 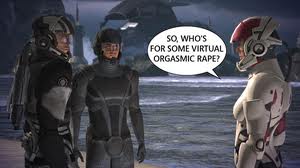