Microsoft has released it’s latest update of Bing this afternoon for the iPad. The major enhancement in the new version is the new way of copying and pasting inside the app using the Lasso feature. 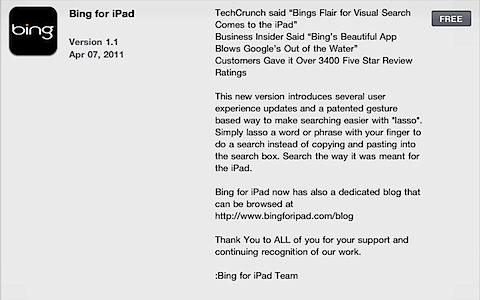 With the new version of Bing, all you need to do now is just circle a word or phrase you want to search on instead of using the built in copy and paste in iOS. According to Microsoft, you can now “Search the way it was meant for the iPad.” This new feature takes over from the ways of iOS, where you need to hold your finger down, and drag the blue dots to copy and paste. Now, once you Lasso a word, it immediately does a search on the word or phrase you have selected. 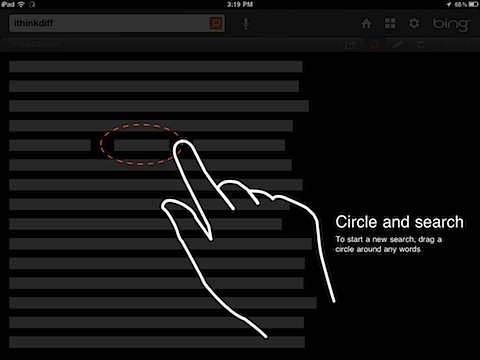 With my experience with the app, I could “Lasso” a word, and it would search in less than 2 seconds, where the iOS way would take up to 5 seconds to copy and paste into the search box in Safari. It will also take some getting used to as well, as some of my searches were not on the correct word. I still think this will come in handy and may give Apple a run for it’s money with gesture based features in future apps.